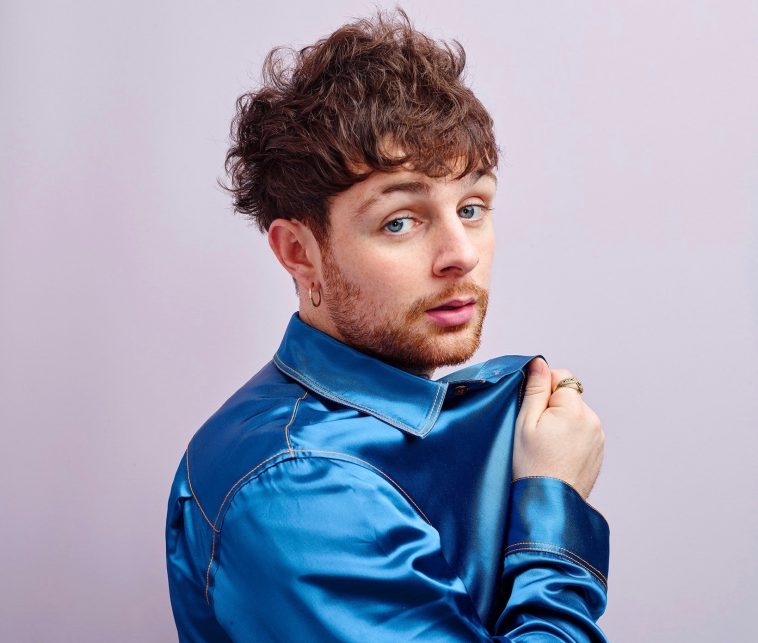 British singer/songwriter Tom Grennan has long been hailed as one the countries most innovative, and promising new musical talents following the release of his debut EP Something In The Water back in 2016. Famous for his captivating voice, conversational lyrics and tender, heartfelt songs, Tom has gone on to become a true trail blazer within the industry, enjoying both critical acclaim and commercial success with his very own brand of unique, soulful pop.

Found What I’ve Been Looking For (Official Video)

Fresh from the phenomenal success of recent hit singles Little Bit Of Love and Let’s Go Home Together featuring Ella Henderson, Grennan returns today (March 12th) with the unveiling of his highly anticipated second studio album, Evering Road – a coming-of-age record, that brings to life all of the singers consequential feelings of heartbreak and redemption, following the demise and breakdown of his recent three year relationship.

Named after the road where the Barbed Wire singer and is former girlfriend once lived in Clapton, East London – the album sees Grennan delve deep into his soul, to deliver an immensely personal collection of 14 songs, that reflect upon his findings as a young man coming to terms with loss, and dealing with life in the aftermath of a painful breakup.

In his latest musical offering, Tom Grennan bravely invites listeners into his private world, as he fearlessly embarks upon a complex journey of self-discovery to battle his way through the confusion and wreckage of love lost, in the hopes of finding inner peace and clarity on the other side of heartache. “I need to grow into my own skin, that’s all I’m asking for…” Tom sings with a palpable sense of yearning on Never Be A Right Time, an impassioned 60’s soul track that lyrically describes the beginning of the end of a relationship, before later acknowledging his deeper feelings of inner-conflict and turmoil by admitting “I don’t know what I want from love” on the brutally honest, torched love song Make My Mind Up.

As a singer, famous for his raw, soulful, gravelly tone, Grennan uses his gift as an inspired vocalist to portray the purest of emotions in each and every lyric he sings – demonstrating incredible range and versatility, with the various tones and shades of his voice helping to tell Tom’s story in the way that sometimes words alone can’t.

Whilst it’s evident that Tom has undertaken some serious soul searching over the course of the last year, make no mistake Evering Road is not a traditional break-up album, where self-pity is usually rife and bitter blame is placed upon others as a way to deflect attention from the truth, this is an album that serves to uplift and inspire people to keep going, no matter what hardships or struggles they may face.

Such feelings of positivity and optimism are encapsulated beautifully by producers of the album, who draw from an expansive palette of deep, rich musical sounds to build and create blissfully melodic orchestrations that successfully bring to life Grennan’s messages of unity and togetherness. Opening tracks If Only and Something Better, are perfect examples of this, with their rousing gospel melodies and glorious harmonies, fizzing with vivacious energy that one can only imagine will go storm a storm when played live in front of fans.

As an album born out of personal pain, created at a time where many of us feel isolated and alone, Evering Road is almost guaranteed to resonate in the hearts of people all around the world.

Filled with deeply personal, introspective songs that deal with a range of complicated feelings and emotions, Tom manages to tap into an authentic place within his psyche, that allows him to be publicly vulnerable and share his experiences of anguish and sorrow in a way that many will be able to relate.

But despite all of the sadness, there’s a glimmer of hope that runs throughout the record, led by Grennan’s decision to never once wallow in love’s misery, instead choosing to take ownership of his actions, good and bad, to deliver an accomplished body of work that sends a message out to millions that there is life after heartbreak… so go out there and live it!

Let us know your thoughts on Tom Grennan & his new album “Evering Road” over on Twitter @CelebMix now!