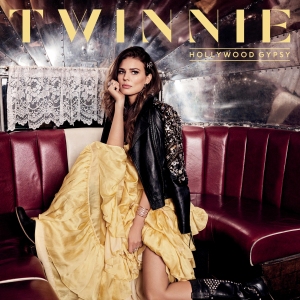 This Friday, April 17th, rising country-pop sensation Twinnie releases her much anticipated debut album ‘Hollywood Gypsy’ via BMG UK. The record is a 12 track collection of tracks that promise to bring some much-needed light.

Here we review the LP in full ahead of its official release this weekend:

The record opens with this uptempo track which was released as an official single at the start of the year. Lyrically it gives us a real insight into the personality of Twinnie as she showcases she isn’t afraid to get honest. With its funky melody and country stylistic, this is the perfect way to kick-start the ‘Hollywood Gypsy’ LP.

Continuing with the pop crossover sonic sound, the York artist delivers another upbeat anthem about regretting hooking up with an ex after a night out. As an artist who effortlessly combines a fusion of genres, this offers a refreshing twist on the country-pop sound and is a major standout on the tracklist.

I Love You Now Change

One of the most impressive songs from a country artist this decade, Twinnie infuses Shania Twain esque styles into this anthem about finding the power of finding your true self and not allowing anybody to change who you are. Empowering and anthemic this is one of the best tracks you’ll hear from any country artist on the scene right now.

Another relatable track about always chasing after the wrong guy this is sure-fire radio smash that has “summer soundtrack written all over it’ It’s quirky, fun, and honest. Twinnie has a gift for creating songs that have wonderful lyrical meanings to the backdrop of upbeat melodies and this is pure gold.

The title track offers a memoir of Twinnie in three minutes – with honest lyrics painting a picture of her gypsy roots and traveling blood this tells the story of her two worlds and how they collided to make her into the woman and artist she is today. Uptempo and sing-a-long worthy the song is a delicious slice of country/pop and the added addition of the choir on this recorded version is truly divine.

Driving the ‘Hollywood Gypsy’ LP into new avenues this ballad allows the focus to be solely on Twinnie’s stellar vocal and her breathtaking range. Her voice is one of the very best around and this stripped back addition shines a light on the power she possesses in her vocal output. Beautiful and inspiring this is a huge standout.

As far pure pop-country pop goes, Twinnie is, without doubt, the very best the UK has to offer and once again she delivers a truly eclectic mix of sonic sounds to create a sonic style that perfectly captures the two genre worlds. This is a fantastic addition to the tracklist and one that could become a hit single.

Ever found yourself looking for some sort of validation from your social media content? You’re not alone and this track shifts the emphasis onto how we often try to create the perfect feed in order to portray an unrealistic aesthetic. This was a huge hit when it was released as a single last year and is no surprise as to why it is an anthem.

Honestly telling the story of her relationship flaws, the Brit isn’t afraid to get real and this one will no doubt resonate with listeners across the world. With heartfelt lyrical content combined with a fire production this track has hit stamped all over it and is a major fan favourite when performed live.

Once again Twinnie shines a light on her truly glorious vocal, it’s soaring and heartfelt this is a song that will allow to you see the York singer in a new light. She can really do anything and this soft piano ballad is proof of that. Get ready to feel all the feelings of heartbreak and keep your ears tuned for that incredible high note.

This is one that wouldn’t be out of place on a Shania Twain album – lyrically focusing on being ready to let go for the risk of true love this a major standout on the LP and definitely has the potential to become a global hit and with the right support in the USA this could be used as a platform to launch Twinnie on US Country Radio.

A song that has a chilled old-school pop sound, this is the perfect way to close out the album and bridges the gap between the country and pop worlds perfectly. This track is a real dark horse for “best song on the album” and will intrigue many fans, old and new.

Overall, ‘Hollywood Gypsy’ is a record that perfectly introduces Twinnie – with a stellar collection of anthemic country-pop tracks that will entice a whole host of new fans to the genre and a couple of stripped back offerings showcasing the poignancy of her vocal tone this is a truly remarkable debut offering from an artist who is ready to take the scene by storm.

Catch Twinnie performing the ‘Hollywood Gypsy’ album live this November when she tours the UK – tickets are on sale now from twinnieofficial.com

Are you excited for Twinnie’s debut album this Friday? Let us know your thoughts across social media!