The 35-year-old singer sang alongside several special guests, including John Mayer (the two sang “If I Ain’t Got You”), Nas, Questlove and Jay Z for a performance of their chart-topping hit “Empire State of Mind.”

It was only a matter of time before they performed this live in #TimesSquare. @aliciakeys & @S_C_ come together for 'Empire State of Mind'. pic.twitter.com/5GKDQ67TM2

Besides that, Keys also dropped a rendition of the song “Imagine” to celebrate the birthday of the late John Lennon.

Feel sad that you could not attend the event? No worries! Cameramen shot the entire concert, which means you’ll be able to watch it in professional footage in the coming days/weeks exclusively on the Jay Z owned digital platform. 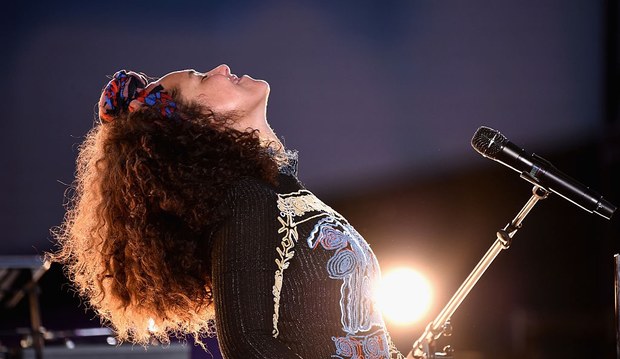 Alicia Keys’ Here, which is executive produced by Swizz Beatz, is out November 4.