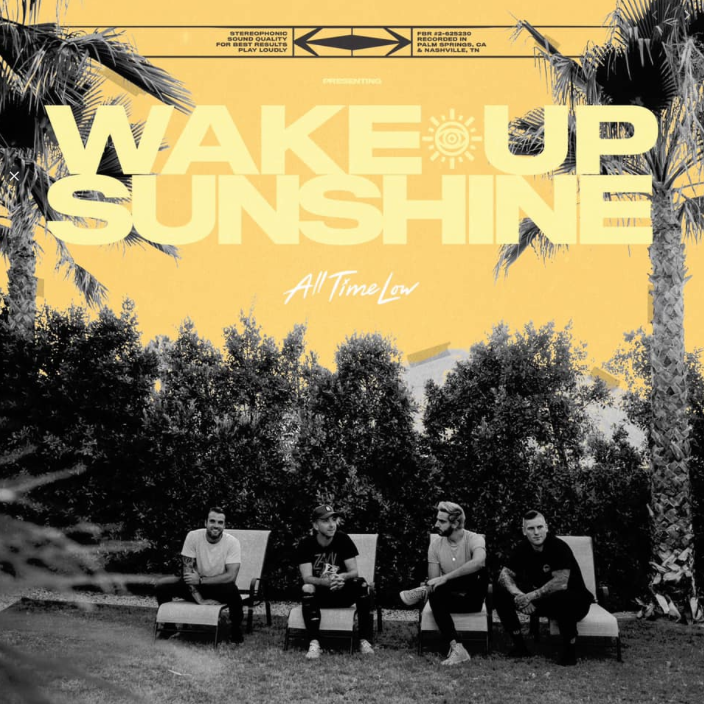 All Time Low – who recently celebrated their 10th anniversary as a band – have FINALLY released their long-awaited eighth studio album – and it will have you rocking from the moment you press the play button!

The band have gone back to their signature sound that everybody loves. The only downfall “Wake Up Sunshine” has, is that you might get one or two complaints from your neighbours. It’s an impossible task to listen to it without having the volume on full blast. We recommend you use headphones if you were to listen to it – or just show your street what impeccable taste in music you have, it’s entirely up to you!

All Time Low have been teasing us with new tracks over the past coming weeks which all feature on the album. These include; “Some Kind of Disaster”, “Sleeping In” and “Melancholy Kaleidoscope”. They were good tasters for what was to come. Brand new songs that fans were treated to also included; “Safe”, “Basement Noise” and “Monsters” – which features the American musician, songwriter and producer blackbear.

Every song is just as catchy as the next. A nice touch to the album are the songs “January Gloom (Seasons Pt. 1)” and “Summer Daze (Seasons Pt. 2). Both are sister songs to each other and are inspired by the different seasons.

This incredible album dropped today (April 3rd) as the band tweeted out:

“In a time of uncertainty and in the face of a challenge we are all facing together, nothing has brought us more happiness than to share new music with you. We hope this album brings as much light to you as it has to us.”

We do not doubt that “Wake Up Sunshine” will put a smile on many music lovers faces today. It is now available to stream on Spotify.