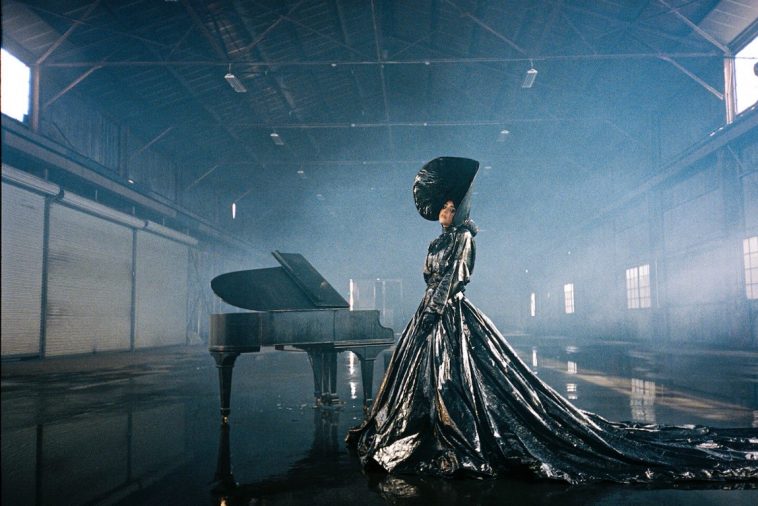 American singer/songwriter Amelia Moore continues to showcase her depth and versatility as an artist with the release of a new, beautifully stripped backed performance video of her latest single ‘crybaby’.

Marking a dramatic shift in both style and sound, the acoustic remake of the song sees the ‘moves’ singer deliver an emotional charged vocal performance, that not only tugs at the heartstrings, but also helps to further bring to life the tracks deeply personal lyrics and message.

Writing to fans on social media, Moore says of the songs origins: “i was emotionally exhausted and cried every day of my writing camp over someone who made me feel stupid, small & psycho for being as sensitive as i am. it fucking sucked. and it still does sometimes. so if u relate to crybaby, i’m so sorry, but i am here with u and we will get thru this bullshit together. im proud to be a crybaby!! i’m human! i bleed when my fingers pricked !!!! and i count my calories !!!! anyways ily. this song is for US. don’t let ANYBODY tell u how to feel, especially motherfuckers that wear flip flops.”

Directed by Mattias Russo-Larsson (Kanye West, Andrew Bird, FKA twigs) the songs accompanying video clip sees Moore dressed from head to toe in a dark Bradley Sharpe dress and hat, seated at a black baby grand piano in the middle of an empty warehouse, getting soaked by rain as the camera circles her.

Watch the piano version of ‘crybaby’ below:

Since bursting on the music scene Amelia Moore has amassed over 10 million combined global streams and two million video views with her first three singles: ‘sweet and sour’, ‘vinegar’ and ‘moves’. And in less than six months has accumulated close to 70,000 followers on Spotify.

Hailing from Lawrenceville, Georgia (a suburb of Atlanta), Moore first discovered her love of a music as child, singing in the choir and taking up violin at age five. But despite her immense talent on the violin, the star says she felt compelled to expand her horizons, commenting in a press release: “From a really young age I felt creatively trapped and knew I wanted to write my own music, so I quit violin and taught myself piano on a cheap little Casio keyboard.”

Having recently wrapped up a sold-out North American tour with Capitol Records label mate FLETCHER, Amelia looks forward to releasing more new music throughout the course of the year.

Let us know your thoughts on Amelia Moore over on Twitter @CelebMix now!