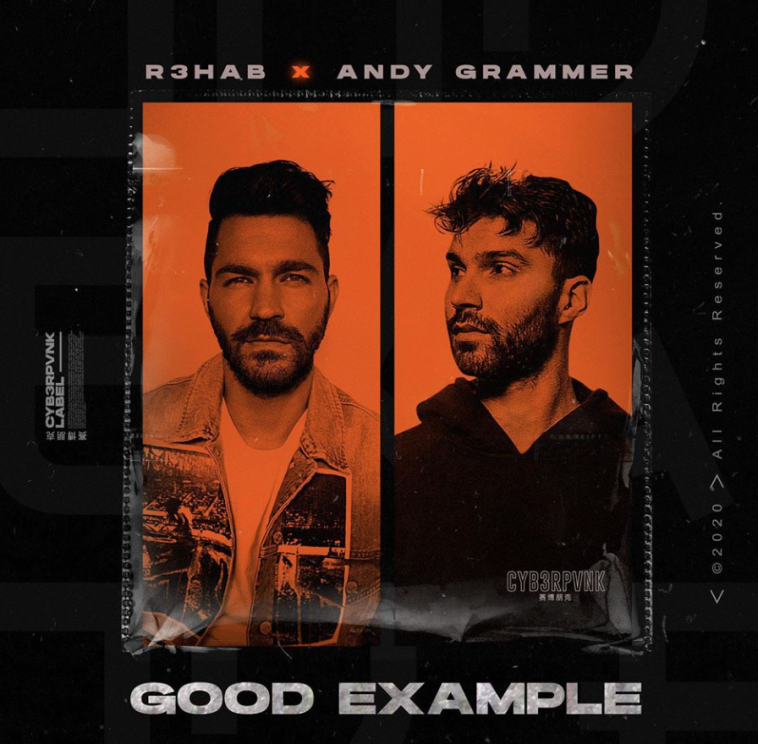 Andy Grammer released his most recent single “Good Example” at the beginning of last month – which features the amazing Dutch DJ R3HAB. This week, we were treated to an acoustic version of this sensational song – now available to stream on Spotify! You can also watch the official lyric video posted on R3HAB’s YouTube.

This collaboration is proof that opposites attract. Whilst R3HAB focusses his attention on electronic music, Andy Grammer is famously known for his acoustic, country vibes. However, when the two joined forces, they were able to create an electrifying masterpiece.

“Good Example” demonstrates the conflicting situation of a parent being away from their child for a long period. The original version is ridiculously catchy. R3HAB did a tremendous job of lightening up a tough topic. Although, the acoustic version – whilst it still has R3HABs signature bounce to it – allows Andy Grammer’s widely known guitar melodies to highlight the emotional lyrics.

The acoustic version – with Andy’s sweet vocals and perfect musicianship – lures the listener in as soon as the first note is played. From then onwards, the track is sure to tug on some heartstrings. So be sure to have some tissues at the ready!

Despite it being a tad emotional, both versions do a fantastic job of keeping the listener’s spirits lifted! This is the perfect track to listen to on a warm summer day. So, get out into the garden, crack open a bottle of wine, and show your neighbours what impeccable music taste you have by blasting “Good Example.”

The original and acoustic version is now available to stream on all major streaming platforms. Make sure you let Andy Grammer know what you think via his Twitter and Instagram!