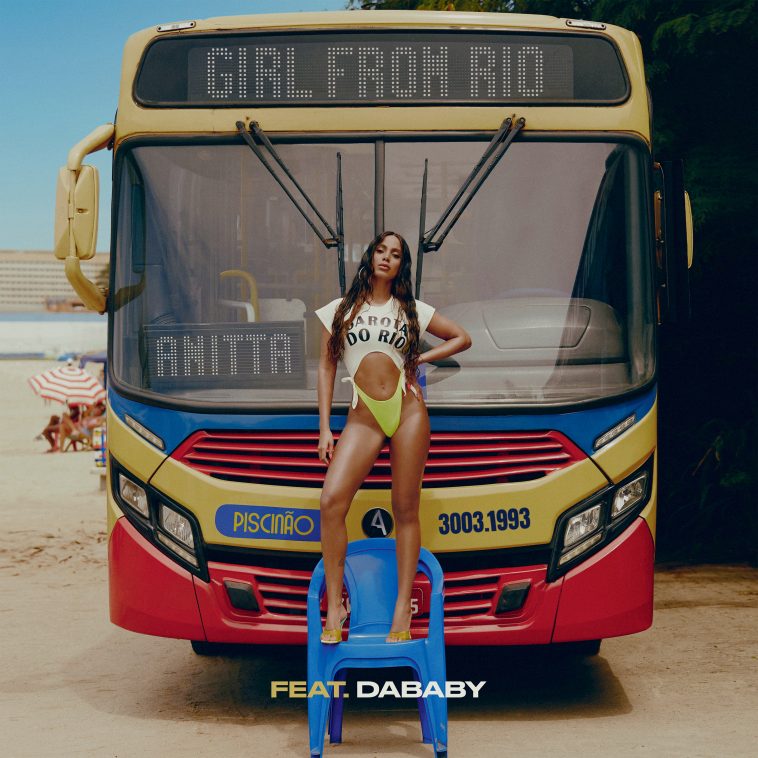 Fresh from racking up over 13 million Spotify streams and achieving a career first by debuting in the Top 40 Radio Airplay Chart, the ‘Girl From Rio’ remix gives the track a new lease of life. Multi-platinum North Carolina artist DaBaby delivers a scorching verse which adds another dimension to the song.

‘Girl From Rio’ marks Anitta’s most personal song to date as she delivers a modern twist to the Brazilian bossa nova classic ‘Garota de Ipanema’. The track is an empowering ode to the ladies of her hometown with an instantly catchy hook.

Hot girls where I’m from
We don’t look like models
Tanned lines, big curves, and the energy glows
You’ll be falling in love with the real Rio

The track comes accompanied by a blockbuster visual which pays homage to classic mid-century musicals. Anitta can be seen taking on the role of a forties-era character who catches the attention of a number of sailors. The clips are intertwined with scenes from the modern day with Anitta slaying the ultimate beach day in Rio.

‘Girl From Rio’ remix is available to download and stream now.

What do you think of the ‘Girl From Rio’ remix? Let us know your thoughts on Anitta and her latest track on Twitter @CelebMix