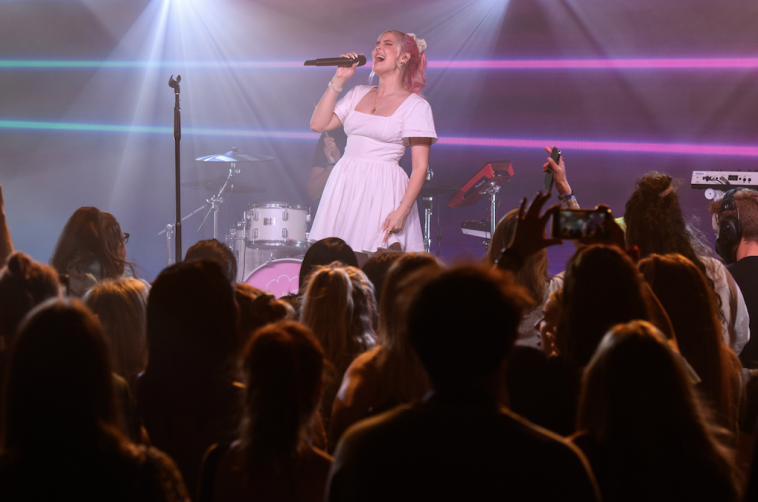 As the U.K. tentatively comes out of lockdown and the entertainment industry slowly gets back on its feet, this week pop princess Anne-Marie teamed up with Capital FM to launch the stations summer concert series Capital Up Close with Barclaycard.

Taking to the stage at London’s Under the Bridge, the Birthday singer performed an electric set, made up of some of her biggest hits, exclusively for Capital listeners and Barclaycard customers.

Anne-Marie is one of the UK’s biggest stars and has achieved huge chart success with hits including 2002, Don’t Play and her Official Big Top 40 #1 with Niall Horan, Our Song. She’s also collaborated with artists including Doja Cat, Rudimental, Nick Jonas, David Guetta and most recently Little Mix!

Hosted by Capital Breakfast’s Roman Kemp, Sonny Jay and Sian Welby, the gig was Capital’s first show with a live audience since 2019!

Commenting on the night, Anne-Marie said: “I’ve been so incredibly excited to get back on stage and perform at ‘Capital Up Close with Barclaycard’. To perform in front of an actual audience in person after such a long time was a really special moment, and I loved seeing everyone!”

DJ Roman Kemp added: “We’ve all missed live music so much and it’s amazing to be welcoming our listeners back to a live show once again. Anne-Marie is an amazing performer and our listeners love her – the gig was unreal!”

Due to COVID restrictions Wednesday nights event was the first in-person event from Global and Barclaycard’s multi-year entertainment partnership.

Kiss My (Uh Oh) | Live At Capital Up Close | Capital

Let us know your thoughts on Anne-Marie over on Twitter @CelebMix now!