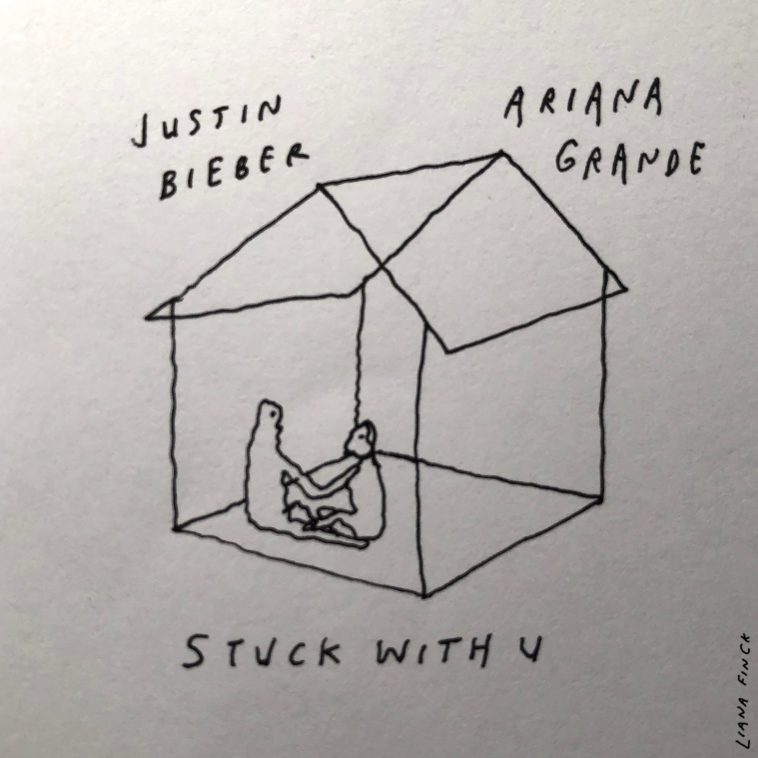 It’s the collaboration fans have been waiting for – Ariana Grande and Justin Bieber have announced that they’ll be releasing a track called ‘Stuck With U’ this Friday (May 8).

Ariana and Justin, who are both managed by Scooter Braun, will be releasing the track in aid of the First Responders Children’s Foundation. All net proceeds from the track’s sales and streams will go towards funding grands and scholarships for children of first responders who have been impacted by the COVID-19 pandemic.

If you weren’t already excited at the thought of this highly anticipated collab, you could also be a part of the ‘Stuck With U’ music video! Sharing a snippet of the song’s instrumental, Ariana asked her fans via Instagram to “send us videos of u being your beautiful selves, dancing with your loved ones, pets, whatever / whoever brings u comfort during this quarantine (even if it’s just u alone. that’s beautiful too)”.

Justin added, “This is the prom song for everyone who can’t go to prom now. Tweet us videos using #stuckwithu or #stuckwithuvideo of you in your prom dresses or suits with your loved ones having fun or dancing to the instrumental.”

please use this instrumental & send us videos of u being your beautiful selves, dancing with your loved ones, pets, whatever / whoever brings u comfort during this quarantine (even if it’s just u alone. that’s beautiful too.) to be a part of #StuckWithU ????

‘Stuck With U’ follows on from Ariana’s Charlie’s Angels collaboration ‘Don’t Call Me Angel’ featuring Lana Del Rey and Miley Cyrus. It is also follows on from numerous EPs which have been released by Justin lately, which are made up of some of his lesser known songs.

‘Stuck With U’ is available to pre-order now and will be released on May 8.

Are you excited to hear ‘Stuck With U’? Let us know your thoughts on an Ariana Grande x Justin Bieber collab on Twitter @CelebMix