The wait is finally over! Ariana Grande’s Dangerous Woman Tour has officially started and we are most excited about it…as are millions of fellow Arianators across the globe.

The Dangerous Woman kicked off her world tour last night in Phoenix and performed tracks from her latest smash hit album, as well as some old favourites, to thousands of adoring fans. Prior to the show starting, Ariana hosted a meet and greet for some of her most dedicated supporters and the audience were then treated to a set from Victoria Monet as well as one from none other than Little Mix, AKA the biggest girl band in the world right now, who are supporting the pint-sized popstar on tour.

Little Mix performed some of their biggest hits. Their setlist included their number ones ‘Black Magic’ and ‘Shout Out To My Ex’ as well as the latest single from their fourth studio album Glory Days, ‘Touch.’ Fans at the show have reported that the atmosphere whilst the girls were on stage was electric, which is just what we like to hear, so we’re sure they’re going to have a blast supporting Ari for the coming months. 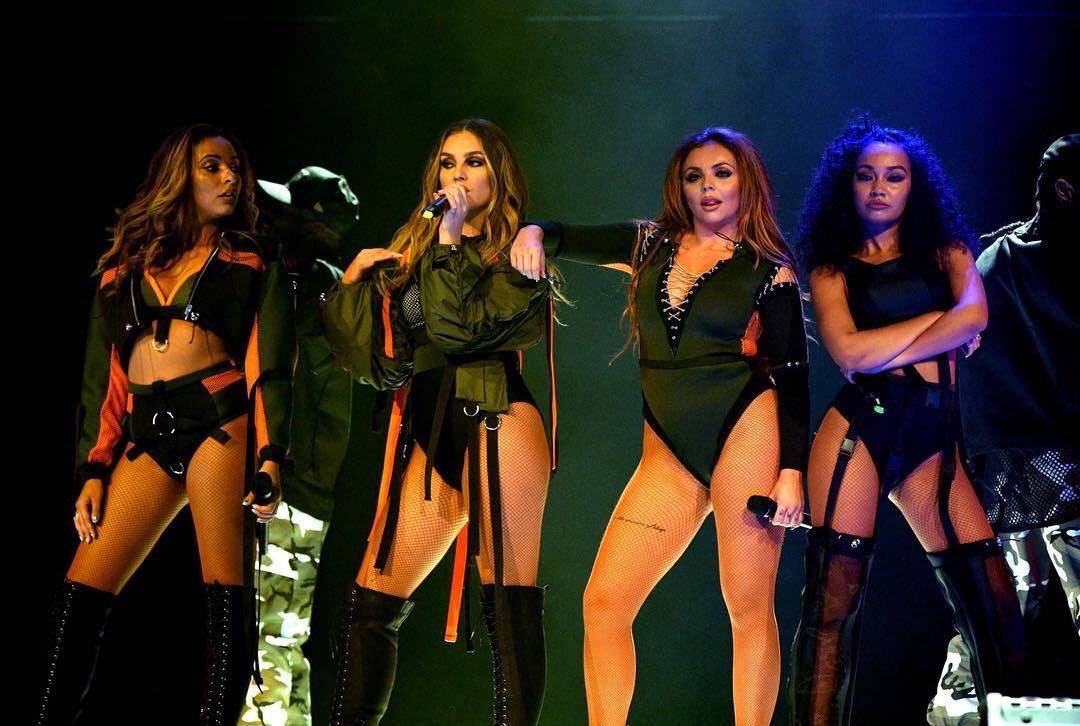 Ariana appeared on stage shortly after and gave the screaming crowd a night to remember as she put on a stunning show that consisted of beautiful visuals, multiple costume changes, fierce choreography and, as always, faultless vocals. The former Nickelodeon star opened the show with one of the most loved songs from her latest album, which was ‘Be Alright’ and then went on to perform tracks such as her latest single ‘Everyday’ and some of her older hits like ‘Break Free’ and ‘Bang Bang.’ In fact, she actually performed every single track from the ‘Dangerous Woman’ album which, once again, proves how much love Ari has for her fanbase. The full setlist is as follows:

Attendees of the first night of Ariana’s DW Tour have been taking over social media with Tweets and Instagram posts, praising the American beauty for putting on such a brilliant concert. The 23 year old performed at the Talking Stick Resort Arena and has now moved on to Las Vegas, where she will be taking to the stage in the MGM Grand Garden Arena to perform to 17,000 people.

So, the first night of the #DangerousWomanTour seemed to be an outstanding success. We cannot wait for the rest of the dates and we especially love the fact that our eyeballs are being greeted with new Ari pics and videos on social media when we wake up each morning! Are you attending any of the shows on Ariana’s DW Tour? Let us know if you are by Tweeting us @CelebMix and be sure to upload your snaps from the night using the hashtag.