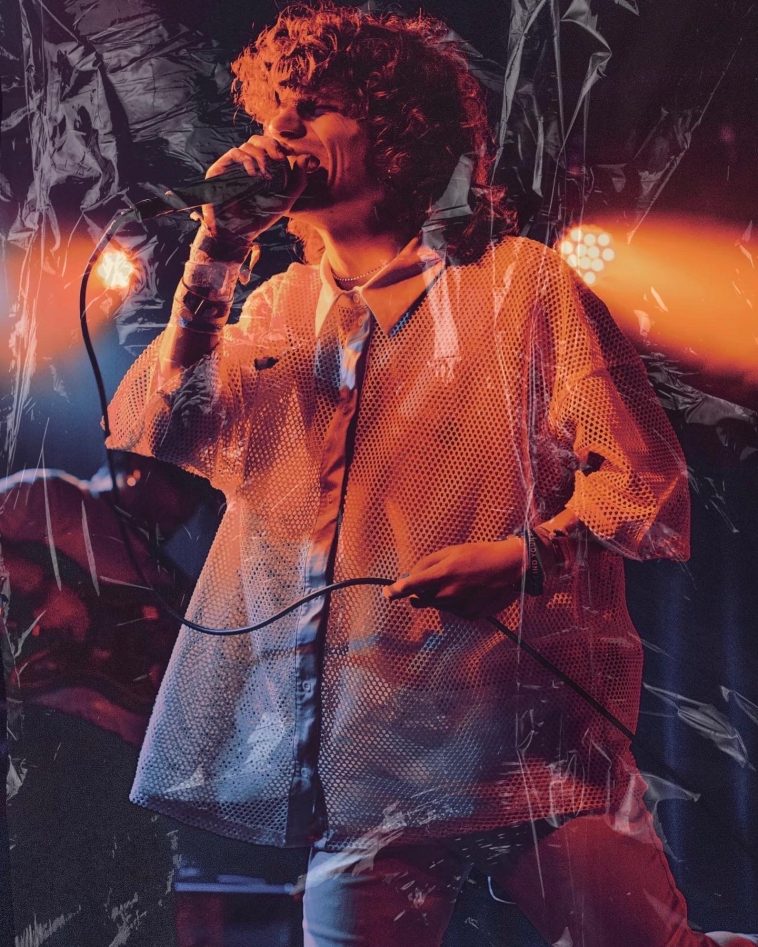 The indie-pop band out of Nashville, known as Arlie, traveled across the country to rock the 300-capacity venue, Madame Lou’s in Downtown Seattle. Arlie’s music is perfect for those who like Hippo Campus and Still Woozy.

Arlie had two openers- The first being Leon of Athens, who appeared with full energy and a colorful suit. To say that the crowd matched the artist’s energy is an understatement. The venue was shaking and at one point, the opener jumped out into the crowd and began having a dance battle with a fan. What they lacked in vocals and music, they made up for in spirit.

After Leon of Athens, Charlotte Kingsbury strutted onto the stage. The Los Angeles-based singer came decorated with loud makeup and bright hair. Kingsbury’s tunes reminded me of 80’s synth-pop- specifically those that would play at the end of a coming-of-age movie while the camera pans out to the main character. During the set, the artist was having brief technical difficulties with their guitar but bounced right back into the music afterward.

Finally, after a long wait and around 10:30 pm, Arlie hopped on stage with full liveliness. The venue was small and made every song intimate. Lead singer, Nate Banks, carried the show with his outstanding vocals that could rise goosebumps. The setlist featured hit songs “didya think,” “landline,” and my personal favorite, “barcelona boots.”

This show reminded me why I love live music so much. The energy at concerts is always unmatched when passionate fans pack the venue. One thing I have come to notice is that at larger shows, in amphitheaters or arenas, it’s just watching the show- Yet, at smaller venues, you as the concert-goer become a part of the gig and it becomes a whole different experience. I can imagine Arlie selling out larger venues in the near future, so I appreciated the chance to attend this intimate show with them while I can.

I say this with zero exaggeration, but this concert was the loudest show I have ever been to. I can’t tell if it was loud from the band, or from the excited fans who recited every lyric with joy. Notably, as I left the show, a guy behind me said, “Dude, that was so loud. My ears are ringing, but it was awesome.”

Arlie is on the rise and will only continue to get bigger, so make sure to keep up with them now!

Hey there! My name is Chloe and I am a third-year college student based in Seattle. For almost 10 years, I have actively kept up with the music industry and hope to further pursue a career in the music business! I adore sharing my work across mass media and I hope I can write something that catches your attention!