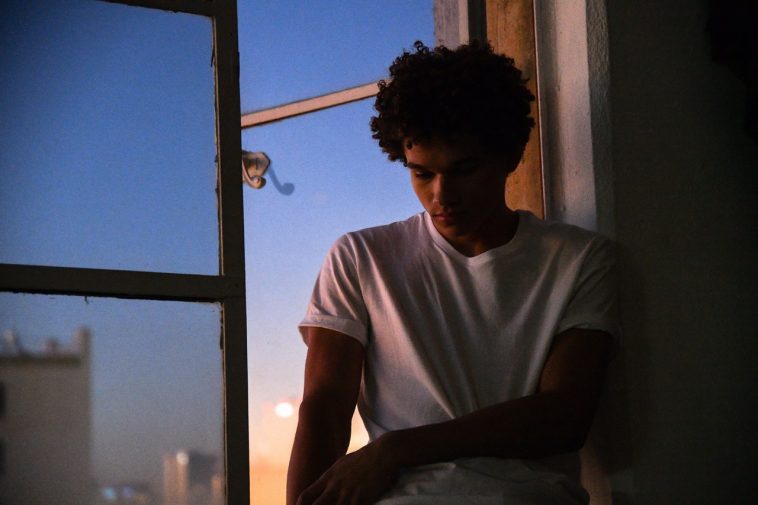 Armani Jackson has just released his latest track and accompanying visuals for “Out Of My Brain”.

The second single from this famed actor and alt R&B songwriter features fuzzy dreamlike melodies and moody vocals over chilled hip hop beats. Thematically, the song is all about letting go of a past love who no longer serves you.

Jackson confides, “I wrote “Out Of My Brain” over quarantine.  This song is about a toxic relationship and the need to move on, do things for yourself, and erase those memories out of your brain.”

The teenager has built a name for himself over a decade for landing prominent acting roles including “The Bubble Boy” on Grey’s Anatomy, the lead role opposite Elijah Wood in “Cooties”, as well as the lead role in Netflix’s “Little Boxes”, among others.

Lauded for his charming personality and versatile acting ability, Armani Jackson has also graced the silver screen performing alongside Vin Disel in “The Last Witch Hunter” and Spilberg’s “Ready Player One”.  He further is the character Joey in the new TBS/HBO MAX series Chad.  Besides acting, Armani Jackson loves to write screenplays as well as songs.  His poignant and well crafted music has already caught the ear of industry professionals and major producers alike.

The singer, songwriter and musician is open about his struggles with mental health, sleep paralysis and panic disorder.  He channels these intense emotions into highly relatable R&B meets hip hop tracks that ooze authenticity.  Jackson hopes to show others especially teens, that they are not alone in their struggles. His stylized vocals, effortless flow and catchy choruses are reminiscent of early The Weeknd meets Drake.

With more singles lined up for release in the next few months, we cannot wait to hear what is next from this young riser.

Connect with Armani Jack on Instagram and Tik Tok!