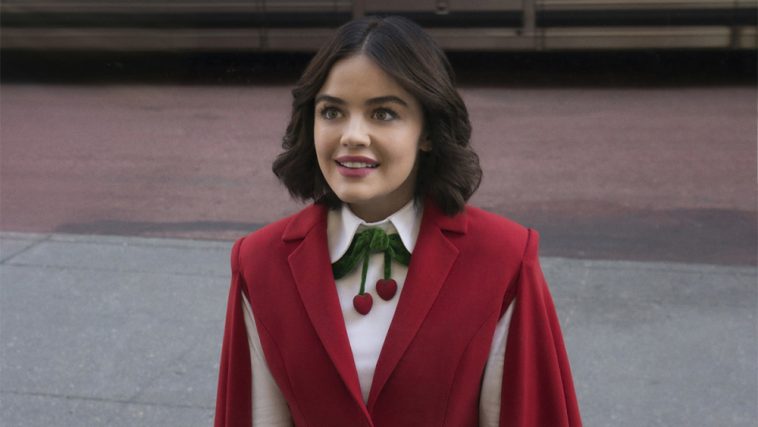 Riverdale spinoff Katy Keene is making its UK debut this month! The show, which is based on Archie’s Comics, will be available to stream on BBC iPlayer from July 25.

The series, made up of 13 x 40 minute episodes, follows the lives of four New Yorkers as they dream of making it big in the worlds of fashion, Broadway, music and the arts.

The main character Katy, played by Pretty Little Liars star Lucy Hale, is an aspiring fashion designer, when she’s not working as a personal shopper at a luxury department store, Lacy’s.

She bonds with singer/songwriter Josie McCoy (played by Ashleigh Murray, who continues her role as Josie after leaving Riverdale to make it big with her band The Pussycats), performer Jorge Lopez/Ginger (Jonny Beauchamp), and ‘It Girl’ Pepper Smith (Julia Chan).

Music also plays a huge part in the series as the cast deliver musical performances which express their excitement and fear of making it big in New York City. To get a taste of what you can expect, the soundtrack for the first season is available on Spotify.

Sadly, there is only one season of Katy Keene, after it was recently revealed that The CW had cancelled the show. Lucy took to Instagram to share a tearful message paying tribute to the show’s creators, cast and crew, and the fans.

Despite knowing that season two is a no go, we’re still super excited that Katy Keene will soon have a UK home so we can binge watch (and rewatch over and over again!).

Are you excited to watch Katy Keene in the UK? Let us know on Twitter @CelebMix