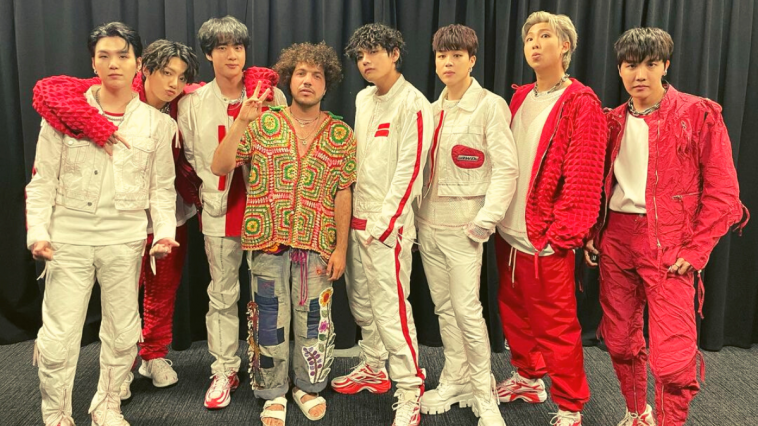 Although we have made some “Bad Decisions” in the past, rocking to this song wouldn’t be one!

Benny has teased the track “Bad Decisions” as the first single to be released next month, and it features on the musician’s forthcoming third LP. This collaboration is so unique and musically brilliant, gaining the best of all the worlds. The release is part of a collaboration with Xbox on new initiatives celebrating the collaboration around the world in some interesting and unprecedented ways.

“I’m still pinching myself,” Blanco said of the forthcoming collaboration. “I can’t believe I have a song coming out with Jin, Jimin, V and Jung Kook of BTS and Snoop Dogg. It doesn’t even feel real!”

Aside, who doesn’t know BTS and Snoop Dogg, and their global charisma and widespread magnetism?

The Grammy-nominated South Korean boyband, BTS, became an instant 21st-century pop icon. They have been winning over millions of fans, gaining recognition for their authentic and self-produced music, smashing records, delivering top-notch performances, and developing a strong bond with their fans. Snoop Dogg dons a lot of golden feathers in his fame hat as a rapper, singer, songwriter, actor, record producer, DJ, media personality, serial entrepreneur, and media icon. He has reigned for nearly three decades as an unparalleled force who has raised the bar as a globally recognized innovator.

Benny shared on his TikTok account opening his stan heart to the world, showing how big of a fan he is of the group. He immediately started working on this remix as soon as he received a request from their representative to collaborate on the remix version to promote the BTS album “Proof.”

He shared a snippet of the behind-the-scenes process of the medley on his TikTok account. Benny Blanco was also a prominent spectator at the K-pop titans’ sold-out Las Vegas show as part of their ‘Permission To Dance On Stage’ tour.

The accompanying visualizer included snippets from the individual songs’ respective music videos or footage from the group’s live performances. Check out the medley below on YouTube!