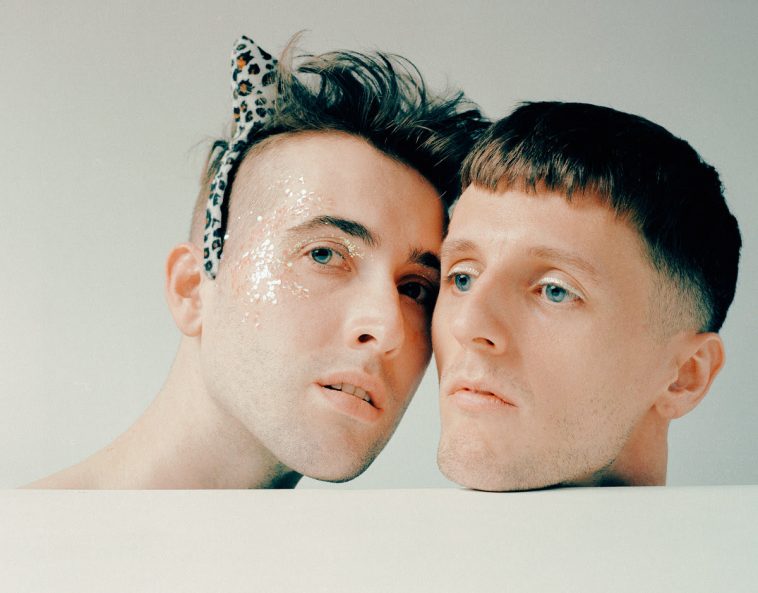 Vancouver-duo Big Kill are probably one of our favorite newcomers at the moment. We first discovered them through their absolutely incredible single “Fat Lip“, a less-than-two-minute long roller coaster ride, reminiscent of the early PC Music & Hyperpop days. Featuring DEBBY FRIDAY on vocals, “Fat Lip” is musical insanity in its purest and most glorious form and reminded us more than once of SOPHIE’s iconic productions. “Fat Lip” is rough, intoxicating and thrilling at the same time, combining harsh production elements with DEBBY’s sensual vocals as she easily delivers lines such as “I still look cute with a fat lip“.

Hence, we are more than excited that the self-described destructive pop duo have just released their first mixtape today. The work of art is titled “BIG KILL FUTURE” and arrives as their first drop of music to be released this year. The mixtape combines all of their previous singles – such as the Dorian Electra-adjacent “standing in a crowded room” – into one body and adds new tracks, among them “the other one” as well as “wifi falls likes rain”.

Entirely written, produced and mixed by the duo (with a little help from Stuart Hawkes who also worked with legends such as Charli XCX and Mura Masa), “BIG KILL FUTURE” arrives as a bombastic start into the duo’s career and sets the bar quite high for their upcoming releases. The duo easily weaves different musical styles into one, sometimes leaning into dreamy lo-fi pop (“wifi falls like a rain”) while at other times experimenting with sound elements known from the early 2000s. The 11-track long project is full of surprises and twists and turns that will leave you breathless and wanting for more.

Listen to the mixtape here:

“BIG KILL FUTURE” was released today via Everything Forever and is now available to stream and purchase on the digital retailers and streaming platforms of your choice. It arrives as one of the first musical batches dropped this year by the duo, with more to come soon.

What do you think about Big Kill’s first mixtape “BIG KILL FUTURE”? Share your thoughts with us on Twitter @CelebMix!