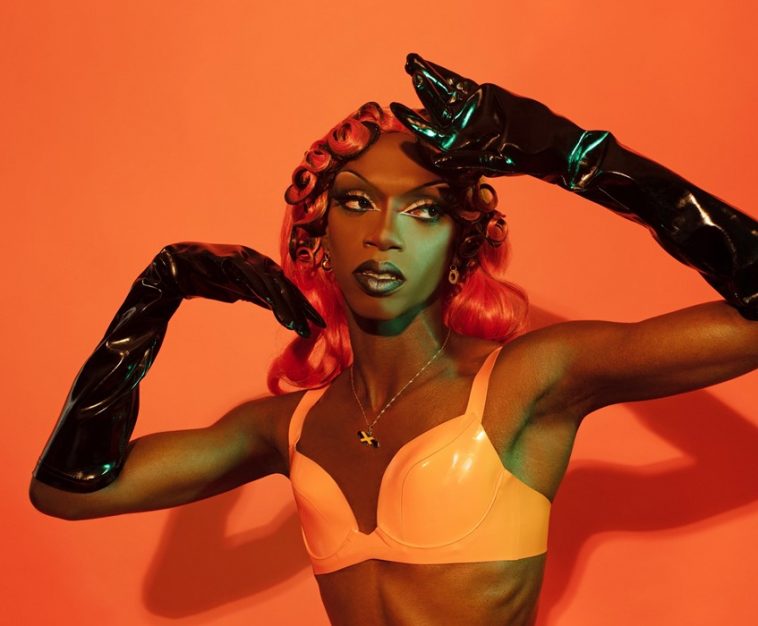 RuPaul’s Drag Race UK star Black Peppa celebrates the dawn of a new era today (November 18th) with the release of their debut single, “Why Is She Calling?” – a defiant and infectious slice of ballroom house that sees the self-styled “Caribbean Empress of Birmingham” clap back at a potential love rival who purposefully, and continuously oversteps the boundaries of human decency for no other reason than to cause all kinds of trouble!

Produced by British dance recording artist Parx, and released via Intention Records, the super sassy track serves as the perfect musical introduction to Black Peppa – whose fierce and staccato-style delivery of the songs no nonsense lyrics reflects the same ferocious energy that has carried the Dutch Caribbean born star all the way to the season 4 finale of the much loved BBC Three show!

Along with its brooding baseline and killer hook, the track cleverly weaves in parts of Mya’s classic 00’s hit “Case Of The Ex” to create an instant dance-floor smash, that looks set to resonate with fans both old and new.

Listen to “Why Is She Calling?” below:

Having been part of the UK drag and music scene for several years, honing their craft and talent for music and performance, Black Peppa will go head-to-head with fellow queens Cheddar Gorgeous, Danny Beard and Jonbers Blonde this week to battle it out to be crowned the winner of Drag Race UK 2022!

“Whys Is She Calling?” is available to download / stream now.

Let us know your thoughts on Black Peppa over on Twitter @CelebMix now!