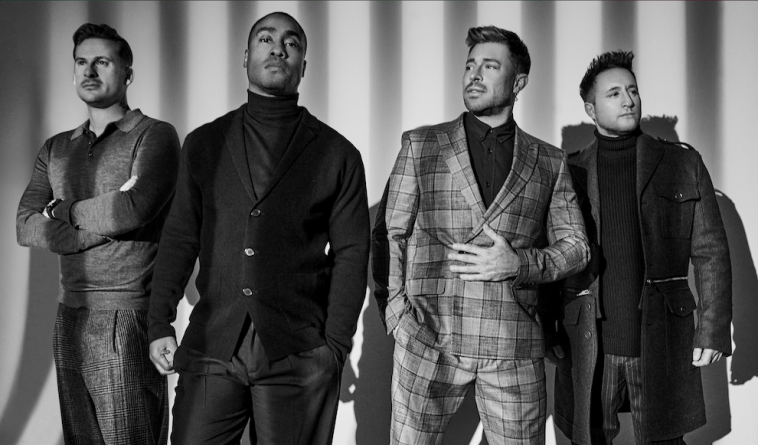 As they gear up for the release of their sixth studio ‘Heart & Soul’ next month, Blue today (September 16th) share another teaser track set to feature on the record, ‘Magnetic’ – a mature, and beautifully transcendent pop ballad that not only showcases the groups artistic growth, but also positions them as a vocal force to be reckoned with!

Commenting on the track, as well as their forthcoming album, the group say in a joint statement: “We’ve never done an album where it’s just one style of music the whole way through and I think we’ve accomplished that again with this album. ‘Magnetic’ shows off all our different vocal styles and we love a ballad just as much as our uptempo tracks! We can’t wait for everyone to hear the album, we are so proud of it.”

In support of the release of ‘Heart & Soul’, and in celebration of their 20 year+ career, the boys from Blue will hit the road this coming December to play a string of live shows around the country!

Scheduled to kick off on Sunday, December 4th at the Motorpoint Arena in Cardiff, Anthony Costa, Duncan James, Lee Ryan and Simon Webbe, will then visit Manchester, Leeds, Birmingham, Liverpool, Brighton, London, Bournemouth, Nottingham, Aberdeen and Glasgow before wrapping up at the Utilita Arena in Newcastle on Tuesday, December 20th.

Megan McKenna will join the lads on tour, performing at each show as a special guest! Tickets are now sale now.

Check out full tour dates below:

‘Magnetic’ is available to download / stream now. Blue’s brand new album ‘Heart & Soul’ is out on October 28th and is available for pre-order here.