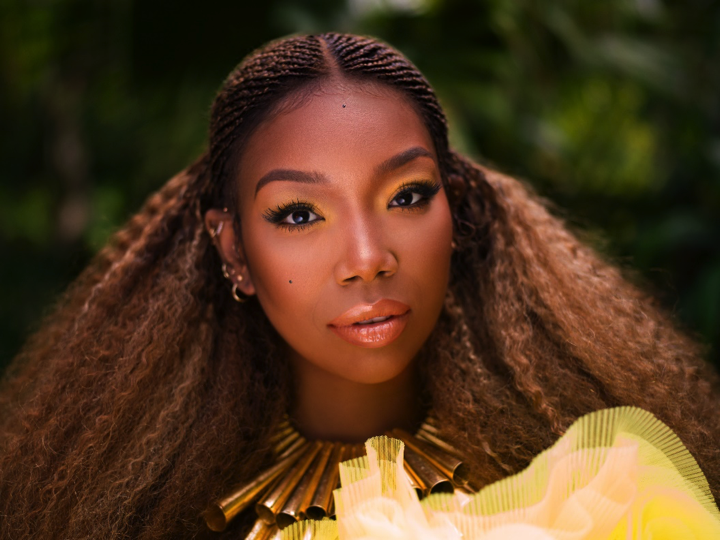 R&B superstar Brandy returns to save 2020 with the release of her brand new single, Baby Mama – an empowering, life-affirming, soulful/R&B anthem dedicated to all of the hard working Mothers around the world.

Produced by Miss. Norwood herself, alongside uber producer Hit-Boy (Beyoncé, A$AP Rocky, DJ Khaled), the track features a special guest cameo from Chance The Rapper – who delivers an accomplished, highly-stylised, rhythmic verse that celebrates the all encompassing power of a woman!

With it’s horn-laden beat, joyful melody and celebratory message, Baby Mama sees Brandy back doing what she does best – producing soulful, R&B bops, that lyrically cut down, deep to the core of her soul.

“Baby Mama is about embracing the strength and fortitude needed not only in motherhood, but in life.” Brandy says of the track. “I’m am thrilled that Chance joined me on this track, and I hope my fans find it as uplifting as I intended it to be!”

“This song ain’t just for me, it’s for every mama!”

Premiering exclusively across the online BET network, the singles accompanying music video, directed by Derek Blanks, with creative direction by Frank Gatson, truly brings the songs message of independence and power to life, as a super-chic and confident looking Brandy shuts it down with the help of her swagged-out, colourful crew of backing dancers, inside a disused car garage.

Check out the official Baby Mama music video below:

An Angel In Disguise

Since the release of her self-titled debut album back in 1994, Brandy Norwood has gone on to sell more than 40 million albums worldwide, and is ranked one of the best-selling female artists in American music history by the RIAA, having sold over 11 million albums in the United States!

During her incredible 3-decade reign The Boy Is Mine singer has recorded five studio albums (Never Say Never, Full Moon, Afrodisiac, Human and Two Eleven), starred in her own TV sitcom Moesha, hit the big screen in movies I Still Know What You Did Last Summer and The Perfect Match and won a string of awards including a Grammy, an AMA, two Soul Train Music Awards, two NAACP Image Awards, three Billboard Awards, four MTV Awards and six Soul Train Lady of Soul Awards!