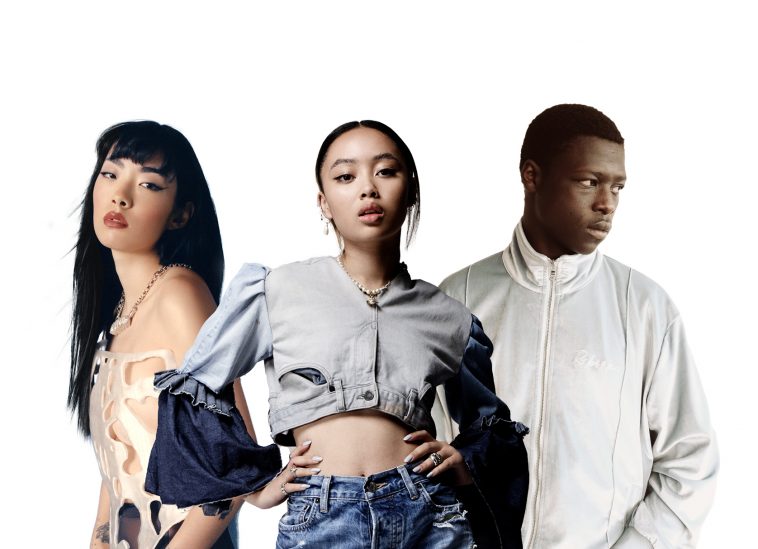 The nominees for the 2021 BRITs Rising Star Awards supported by BBC Radio 1 has been announced. Rina Sawayama, Griff and Pa Salieu have been announced as being in the running for the award, with the winner set to be announced this Friday (19th March).

Past winners of the award which used to be known as BRITs Critics’ Choice award include the likes of Adele, Sam Smith, Florence + The Machine and Celeste. This award is chosen by an invited panel who work with rising talent on a regular basis and is open to British artists who as of 28th February 2021 have not yet achieved an Official Album Charts Top 20 release or achieved more than one Top 20 charting single in the Official Singles Chart.

Now let’s introduce you to this year’s nominees!

Previous rules meant Rina Sawayama was not initially eligible for nomination however a change has meant any artist resident in the UK for more than five years can now qualify. The Dirty Hit Records signee released her debut album “Sawayama” last year, along with a number of singles from it which flaunt her dynamic and genre blending sound. She then went on to perform “XS” on The Tonight Show Starring Jimmy Fallon making her US debut in the process. You can check it out here.

Speaking about the nomination, Sawayama said “I literally fell to the floor when I found out that I’d been nominated for Rising Star. I really can’t put into words how much this means to me given that I wasn’t eligible for this award a few weeks ago and now that door has been opened for future generations of artists like myself. Thank you so much to everyone who voted for me, it means the world.”

Griff has already been making big waves across the industry. Last year she took over the Tate Modern for her second ever London show and provided the soundtrack to Disney’s Christmas advert with “Love Is A Compass” alongside releasing singles including “Forgive Myself” and “Say It Again”. Latest single “Black Hole” flaunts emotive story-telling lyrics entwined with an incredibly catchy beat. Check it out here but be prepared to be completely captivated.

“It’s kinda terrifying how many legends have been nominated for this award. I never ever ever expected making beats in my music room after school could eventually lead to a BRIT nomination. Super lame but I remember after school, catching up on the BRITs and crying watching Stormzy perform. And I don’t think I really knew what that emotion was at the time but I think it was just an overwhelming sense of aspiration. So to be nominated for a BRIT award three years on is completely surreal!!!!” Griff recently said regarding her Rising Star nomination.

Winner of BBC’s Sound of 2021, Pa Salieu completes the line-up. In January 2020, he released his single “Frontline” which became one of the most played tracks on BBC1xtra during the year. Pa Salieu also helped put Coventry onto the radar of many American’s when he performed “Frontline” on The Tonight Show Starring Jimmy Fallon with phenomenal full production to showcase it in all its glory. Check out the incredible performance here.

Speaking to BRIT Awards about his nomination, he said “I am very grateful to be shortlisted for this BRIT award. Love & blessings every time! Thanks to everyone supporting my journey so far.“

Due to the ongoing pandemic the BRIT Awards 2021 with Mastercard will be taking place later in the year than usual and will now be held on Tuesday 11th May at The O2 Arena and aired live on ITV. Keep your eyes peeled for more news on the BRIT Awards 2021 including the winner of this year’s Rising Star Award.

Who do you think will win the BRITs Rising Star award? Tweet us @CelebMix and share your thoughts!