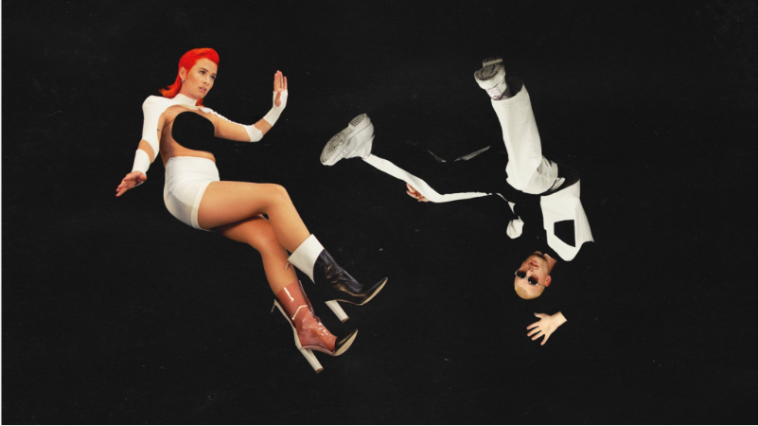 What does it mean to explore hurt? On gripping new single “Like A Woman”, BROODS dive deep into the sentiment.

New Zealand sibling duo BROODS (known from hits such as “Peach” or their incredible Tove Lo-collaboration “Freak of Nature”) returned this Friday with a brand new single. The heart-wrenching ballad is titled “Like a Woman” and arrives as a moment of introversion within the band’s discography.

“Like a Woman” is as much a song about loss and pain as it is about strength and self growth. Filled with layered harmonies and cosmic synths, the track gradually pulls the listener closer and closer into its soundscapes. Sometimes explosive, sometimes quiet and fragile, “Like a Woman” perfectly encapsulates the mixture of feelings evoked by the singer’s journey. “I felt so safe, in the bubble you made me, but I never felt like a woman to you“, Georgia explains to her lover as the realization sets in that she has been undermined and taken for granted all this time.

Talking about the subject of the song, Georgia shared that “to me, this song very much reflects what it feels like to talk about things that have hurt you.” It ended up becoming an important release for the singer as she challenges her own feelings and adds that “I hope people can feel as held as I felt when they hear it.“

Next to the song, the duo also shared a stunning B-movie-inspired video. It arrives as the final installment in the “Space Island” video trilogy, following the anti-anthem “Piece of My Mind” (Chapter 1) and “Heartbreak” (Chapter 2). The visuals were filmed in the band’s home country New Zealand on 35mm and 16mm film in order to evoke the mysteries of “Space Island. The newly-released segment takes the viewer to the final destination: a harsh and desolate desert. According to singer Georgia, it is “a place to reflect on what’s happened with the perspective that space and time gifts you” and helps her move on and let go in order to become a more authentic version for herself.

Watch the video in all its glory here:

“Like a Woman” was released via Island Records Australia/Ingrooves and is now available to stream and download on all services and platforms. It serves as the third lead single off of the highly-anticipated upcoming studio album “Space Island”, set for release on February 18. You can pre-save or pre-order it by clicking here.

The siblings are also going on tour in North America in 2022, accompanied by Ella Vos and Tei Shi. Check out the tour dates and get your tickets here.