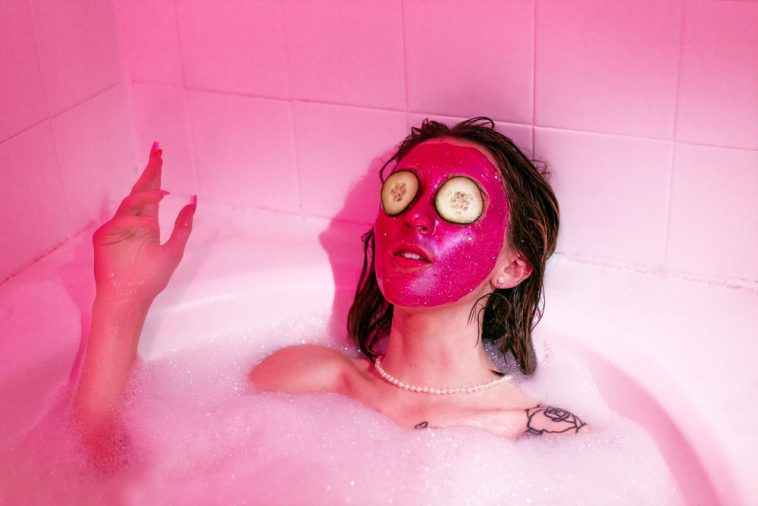 Brooklyn is the type of person who is taking absolute advantage of her position in life: “I’m doing good,” Brooklyn expresses to CelebMix. “A lot more doors are opening so much sooner than I expected. It’s been really exciting so far. Thank you for this opportunity!”

The fact Brooklyn’s new song is now out is a surreal experience for her. “To have finally professionally released a song that I’ve been holding onto for 5 years,” Brooklyn continues. “I’m excited to see what more opportunities come from it.”

This new song is about a little fling Brooklyn had with someone across the country a long-long time ago. Hence the lyrics “I’ve been waiting for you all year”.

“I’m not sure if everyone else will catch right away what the song actually represents,” Brooklyn tells CelebMix. “In the first listen you’d think it’s about how fun the secret fling is, but if you listen to a few lyrics such as “part of me don’t wanna let go” you realize it’s really a song about lying to yourself.”

That aforementioned notion is why Brooklyn actually didn’t have the love interest end up showing up in the music video.

This was the first song Brooklyn made that she decided she wanted live instruments on. Although she does have them on her debut album, “I actually wrote this song long before finishing “Lithium,” Brooklyn explains. “I love the way the live trumpets and sax really bring the song to life.”

This song also has more harmonies on it than any of my songs yet. I just got so carried away wanting everything to have a huge presence to it that I ended up making an entire choir of myself. I think it sounds awesome.

All of Brooklyn’s songs, on-and-off the album are definitely about her real life. This song specifically was about maybe 3-6 months of her life max.

Although it was a situation Brooklyn probably shouldn’t have been in, she also didn’t have any regrets in her life.

“I mean hey, it was fun for a little bit [laughs],” Brooklyn expresses. “I tried to show through the music video that everything works out for the best anyways. So, I guess I want my listeners to know there’s nothing wrong with having some fun as long as you think about things realistically.”

However, it turned out the whole hook up scene wasn’t really for Brooklyn and if someone else realizes this too, then Brooklyn truly believe it will all work out in the end.

“I think the next song I release will be “Rage Room” off my sophomore album “Placebo,” Brooklyn reveals to CelebMix on what she has coming up next. “The instrumental to this song is so simple which left me a lot of room to show off my vocal range. It’s one of my favorites for sure.”

“Come Here” is a fresh taste of what is to come off Brooklyn’s record, a piece of art that touches on a journey of healing through a broken relationship.

“A lot of people dismiss this as something you need to get over quickly, but a breakup is honestly something that can really shatter you,” Brooklyn says. “I decided to get sober after my breakup so I would stop distracting myself from my feelings and allow myself to heal.”

So, Brooklyn wrote an album instead. A song to represent every step in the healing process, including the few steps backwards. And she hopes people relate to her album and listen to it for comfort instead of turning to their vices.