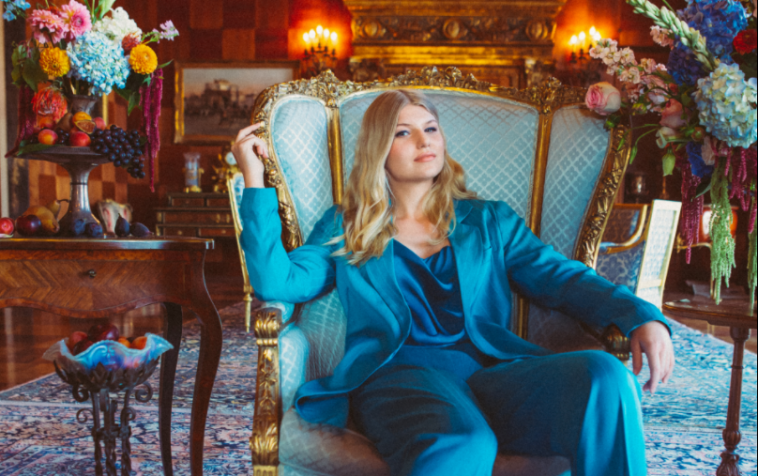 Singer-songwriter Brynn Elliott is back with her powerful new offering, ‘Tell Me I’m Pretty’.

Co-written with Michelle Buzz (Katy Perry, Kylie Minogue), ‘Tell Me I’m Pretty’ is a defiant anthem which sees Brynn acknowledge that she is worth so much more than just her appearance. Inspired by the impact of the internet on our self-image and worth, ‘Tell Me I’m Pretty’ highlights that our beauty comes from within and is deeper than what you can see on the surface.

“I’ve been so caught up pleasing you, I got lost in the likes and views,” Brynn sings in the pre-chorus, emphasising what it’s like growing up in an internet-obsessed world. “Maybe sometime long ago I forgot what I should’ve known, I don’t need nobody else to tell me tell me I’m pretty,” she announces in the punchy chorus, an inspiring reminder that we don’t need anyone else to tell us that we’re good enough.

Speaking about the song, Brynn said: “This song means the world to me because it’s an anthem proclaiming that my value as a woman is not based on how well I measure up to cultural standards of beauty. Ultimately, it’s about finding true beauty and the freedom to be a real human in a world obsessed with ‘image.’”

A dreamy music video for ‘Tell Me I’m Pretty’ has also been released. Directed by Lauren Dunn, the visual was filmed at a palatial estate on the Hudson River Palisades and gives off plenty of Bridgerton and Taylor Swift ‘Love Story’ vibes when it comes to the fabulous costumes.

‘Tell Me I’m Pretty’ is the first taste of Brynn’s forthcoming EP CAN I BE REAL? Due for release later this year via Atlantic Records/Big Yellow Dog Music, CAN I BE REAL? was recorded in Los Angeles and produced in large part by songwriting and production duo The Monarch.

The EP is set to be an exciting continuation of the emotionally potent lyricism displayed by Brynn in her debut EP TIME OF OUR LIVES, which was released back in 2018. The perfect introduction to Brynn as an artist, TIME OF OUR LIVES includes the top 15 Hot AC single, ‘Might Not Like Me,’ ‘Internet You’ and the EP’s title track.

‘Tell Me I’m Pretty’ is available to download and stream now.