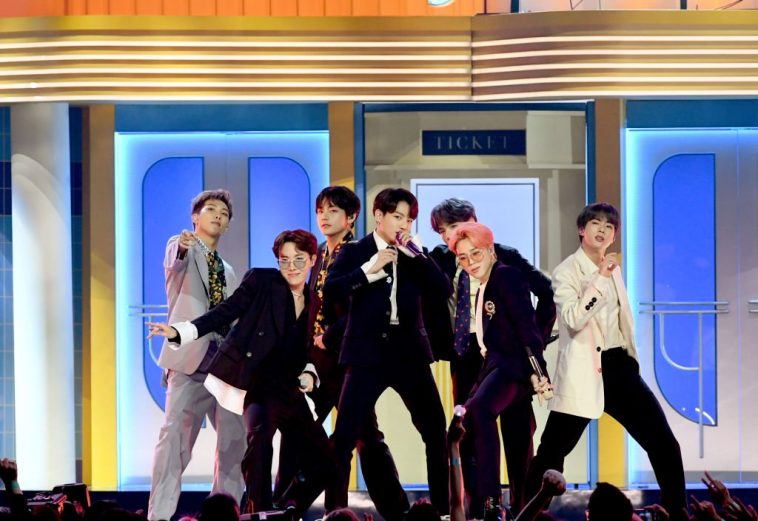 BTS are set to release ‘Be (Essential Edition) in February. This comes after ‘BE’ became their second album to be released during 2020.

At the start of January BTS attended and performed at the 2021 Golden Disc awards where Jungkook debuted his new blonde hair. Fans went crazy on twitter, with Jungkook’s blonde hair ending up trending.

On the first day of the Golden Disc awards, the group took home the digital song division Bonsang.

BTS also took home the album of the year Daesang for Map of the Soul: 7.
They also won the Curaprox Golden Disc most popular artist award.

Back when ‘BE’ was released, fans were so confused by the fact there was only a deluxe edition. However, now it has all become clear and there is going to be an ‘Essential’ edition. We are super excited for this to be released.

‘BE (Essential Edition)’ was announced 24th January on the social media app for fans ‘Weverse’. It is set to be released February 19th 2PM (KST).

BTS’ new album “BE (Essential Edition)” will  be released on Friday, February 19, with pre-orders starting on Monday, January 25.

During 2020 , BTS was able to experience  the heartfelt and enduring care and affection of fans and the world, even as we all faced a year of new normality.

No. 1 on the Billboard 100, a nomination for the 2021 Grammy Awards–at every milestone were the resonance and passion of the fans of BTS for the thought, feelings and inner reflections contained in their music.

With “BE (Essential Edition)”, we hope to show the deepest of appreciation to fans who have stood by BTS in the making of history . We hope that BTS together with all their fans will continue on their remarkable journey in 2021. We ask for your continued love and interest for “BE (Eseential Edition).

We think BTS’S album ‘BE’ when originally released in 2020 was a breath of fresh air. We can not wait to see what 2021 has in store for BTS. They have already won the hearts of millions of fans accross the globe.