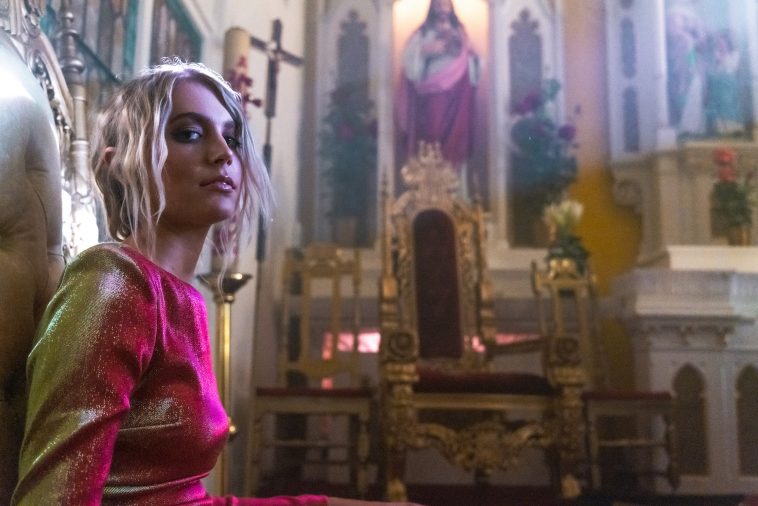 Cali Rodi is a pop artist out of the United States and today sees the release of Cali’s sophomore single, ‘God Save The Queen, a song about finding strength in vulnerability.

Following on from the release of her debut single “Party Favor” in 2017, California-based pop artist Cali Rodi has returned with her second offering – and while the single did originally come out earlier in August – which sees her tell the story of her own real life experiences visually.

“I had a run-in with a drugged-out homeless man on the streets of Los Angeles about 6 months ago,” Cali expresses on the connection to her single in a recent interview. “He chased me, cornered me, and then pushed me”, she continues, “I had to yell and scream for help.” Finally, Cali pushed him back to get away. In fact, no one around Cali even looked up from their phones. Then, Cali got a parking ticket. “That day all I could think about was “for the love of god, will someone give me a little help here”,” Cali explains. “So, I wrote a song.”

“It was therapeutic for me to write the song in a way that conveyed total confidence and strength because that’s the last thing I felt in the moment.”

– Cali Rodi on the influence of her newest single

Originally based in Nashville, now Los Angeles, Cali Rodi has not let the aforementioned life experience ruin her world, as she has been able to use what she has gone through and put it into a song that is essentially not only aesthetically pleasing, but also sonically and visually strong.