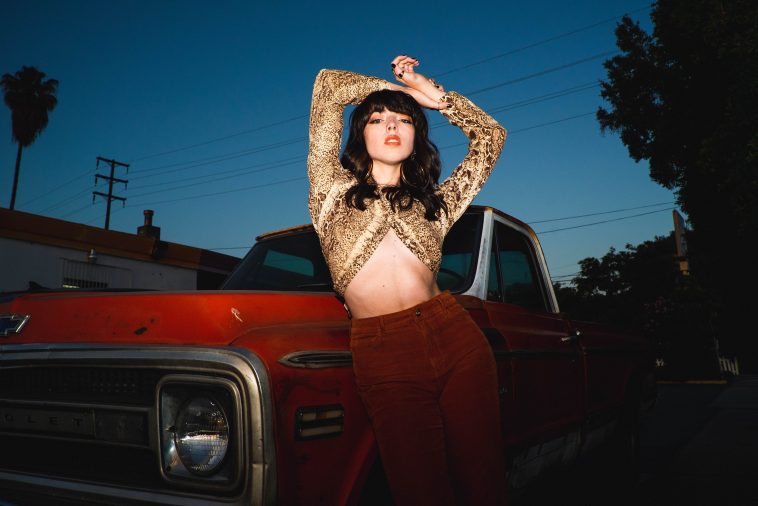 Indie singer/songwriter and TikTok celebrity Calica brings the heat in her new sun-drenched disco pop banger “Letting Go”.  The electronic infused track is all about that sexy, flirtatious short-lived fling.  Calica takes the listener to Miami and reminds us all of our early 20’s in a youthful exuberance filled with parties, affairs and heartbreak.  Channeling influences ranging from LCD Soundsystem, Prince, MGMT, and Blondie, Calica’s delicious song features funk-fueled bass, warm vocals, and an infectious sing-along chorus that lingers long after.

Calica burst onto the scene in 2020 when she started posting on TikTok and flipped songs into different genres.  Her own single “Little Girl” went viral after posting a TikTok of her father’s reaction to hearing the heartfelt track. Since then, the prolific songwriter has released a large handful of singles including “Drive Slow” released earlier this year. The laid back and breezy indie pop tune resonated with listens all around the globe. The song features layered harmonies and Calica’s signature enticing and slacker-dipped hazy vocals.

Born and raised in Miami, Calica began performing at a young age, even picking up the piano at the mere age of 6. She attended the prestigious University of Miami Frost School of Music. After graduating, Calica moved to Los Angeles to collaborate with numerous musicians, producers and songwriters including Grammy-nominated duo SMLE, Japanese producer SHIMA, songwriter Daniel Loumpouridis, among others. Her music often touches upon themes such as coming of age, loss, love and family bonds.

Take a listen to Calica’s “Letting Go” now and remember the blissful memories of being in love for the first time.