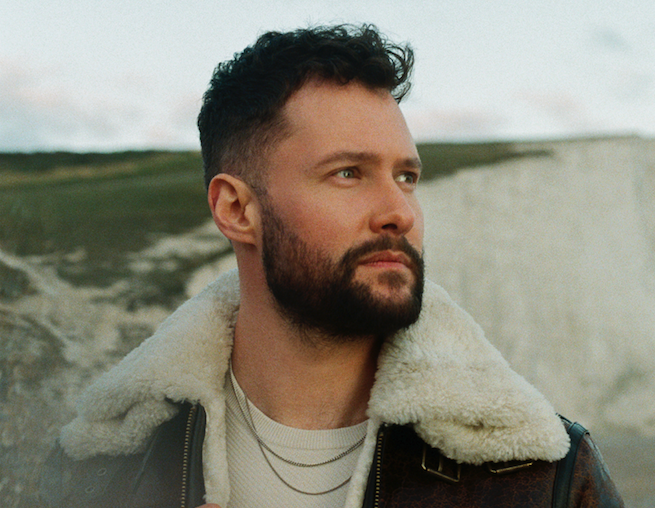 Produced by Gabe Simon (Dua Lipa, Rag’n’Bone Man, Lana Del Ray) and Jon Maguire (The Vamps, Kodaline), the empowering track marks somewhat of a sonic departure from the soulful minimalism of Scott’s previous single Biblical, it’s joyful and uplifting melody providing listeners with a much needed sense of hope as we continue to navigate our way through such difficult and trying times.

In statement accompanying the singles release, Calum says: “‘Rise’ celebrates overcoming, defeating the odds, and prevailing despite the obstacles or the knock-backs you face along the way. We’ve all faced it during our lifetimes: feeling demotivated or uninspired, feeling like life is out to get you, that it’s easier to stay on the ground when life throws its punches. I wanted to write a song that would empower people to chase down their dreams and to try to embrace life, no matter what they are going through or what their circumstances. We all have the opportunity to do it our way, to put our best foot forward and to rise.”

Listen to Rise below:

With the official video for Rise set to drop in the coming weeks, Calum Scott finds himself back in full on promotion mode as he gears up for the unveiling of his eagerly anticipated sophomore album.

Due to be released in 2022, the record serves as the follow up to 2018’s Only Human – Scott’s widely acclaimed debut that hit No.1 on the iTunes album chart in 21 countries across the globe, before going on to sell more than 3.6 million in adjusted album sales and amassing over 7.5 billion combined streams.

Rise is available on all streaming platforms via EMI Records / Capitol now.