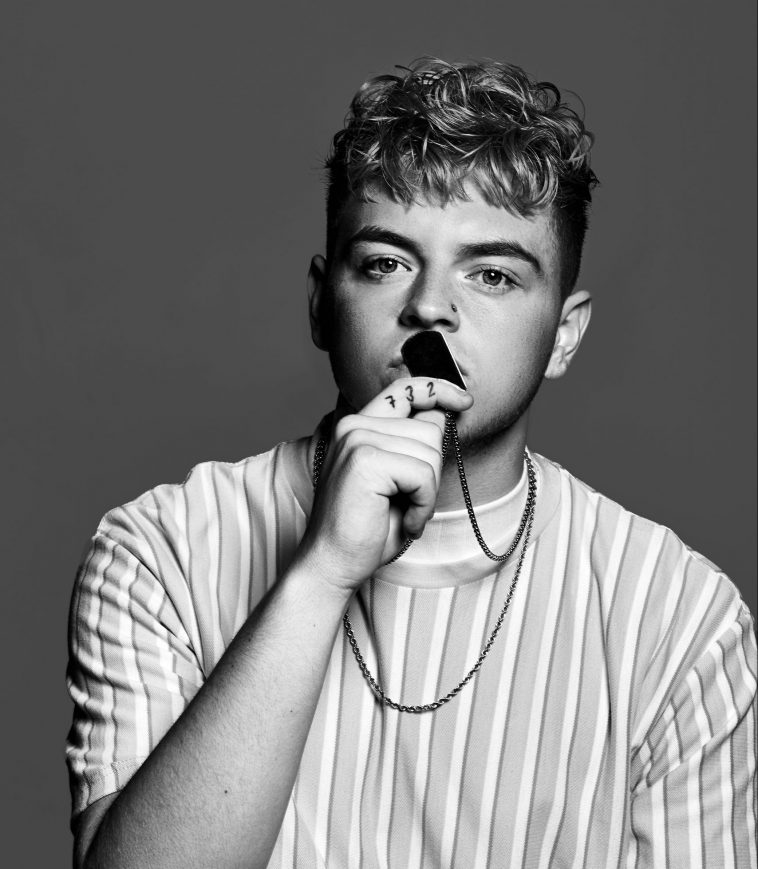 AK is someone determined to make music and change the world with it, and if his newest single, ‘SILENCE IS VIOLENCE‘ is an indication of what he is going for, then his music is going to be implemented into the minds of a generation.

“I’m doing well,” AK reflects on his feeling at the time of this Q&A. “Covid is still such an unpredictable thing in our lives but I’m praying things get safer soon.”

AK’s ‘SILENCE IS VIOLENCE’ is a song about speaking up for what you stand for, essentially fighting against what we know is wrong, and how some people in this world have power that they abuse to satisfy the inner evil they were taught. “Not saying every single police officer is a racist or power hungry,” AK expresses on the story of his song, “but there is a huge divide between the people and police and for obvious reasons.”

This song is about understanding the value of every life that walks on earth and how Black people are mistreated simply because of the color of their skin and the stereotypes people hold against them.

AK on his newest single, ‘SILENCE IS VIOLENCE’.

“It is obvious that all lives on earth matter and since that’s the case why is it okay for Black people to be consistently treated terribly by those with a badge,” AK continues. “I also mentioned a personal story of my most recent run-in with police which was a nightmare for me.” With the fact that even after such a horrible experience with police, AK questioned what would have went differently if he wasn’t white. AK continues, “And the fact that that question is actually valid is a terrible thing overall It just goes to show how we all know and understand the completely visible difference in the way police seem to treat certain people compared others.” Speaking up on the aforementioned notion is something more people need to be doing. “Regardless of how we think people in our lives will react,” AK asserts.

After recording the first verse and listening back to it in the earlier stages of the process, AK knew the second verse had to be the bigger picture. “It had to be descriptive,” he explains, “[I] needed to assure that anyone who listened to it walked away from it feeling motivated to speak up and let those who are, for good reasons, living in fear of police brutality know that they are not alone in the fight for equality and justice for those who wrongfully lost their lives at the hands, arms, knees, and bullets of police.”

After knowing what AK wanted the listeners to get from the second verse, the most unexpected thing happened to him: “Two days after recording the first verse and hook, I went to my friend’s house for a small gathering,” AK reveals. “I left later on and on my way home had the most absurd run-in with the police I’ve ever had.” Which AK explained in full detail earlier in this piece. But when AK was released, on the way home from the station after his homie Jordan Trimpert picked him up, AK had this super heavy feeling about the whole night. AK continues, “I was thinking about all the ways things could have gone bad for me. All things I’ve seen in videos happening to other people and how if I was Black and this happened to me, I would feel lucky to be alive.”

The fact that this was a valid thought for AK, and it was not crazy to be thinking about, it evidently made him angry and heartbroken with a whole new perspective on it. “So literally once we got to Jordan’s house I started writing the second verse,” AK continues on the creative process, “I had the story to tell, I had the fresh adrenaline still present in me from the incident.” Most of all, AK was able to find a way to tie in the songs’ concept and goal while giving a piece of his own life’s experience at the same time. This experience happened to AK for a reason. And the timing of the incident proves that.

Like I said, the entire second verse was an absolute true story. When I start that verse off with “Let me tell you what happened to me last night,” I literally recorded that verse the day after the incident.

AK on the relevance of his own life to the song.

AK always felt how he felt about the way it seems like most police officers use their power to their own evil advantage. But AK always knew that it was not every single cop out there that was like that. And with him being white talking about a topic like this publicly, it definitely makes him nervous in a way. “But like I said in the song. I came to the realization that this isn’t about me or what I’m worried about people saying to me because I speak up about a topic of this nature,” AK details. “I have the voice I have for a reason and like I’ve said in the past, it is my responsibility to speak up about things I feel or things that need attention to be brought to.” Some people may take the song and assume things that aren’t true, but at the end of the day, AK knows what he believes. He knows what is right, and he is hurting for the people who have to live in fear of those who are sworn in to protect us as fellow brothers, sisters, fathers, mothers and children.

“I have goals for touring post-Covid and in the meantime I have been working like crazy on evolving and growing in every angle of my craft,” AK concludes in out chat.

Loving the message in AK’s song as much as we are? Let us (and AK) know what you think of his newest single on Twitter & Facebook.