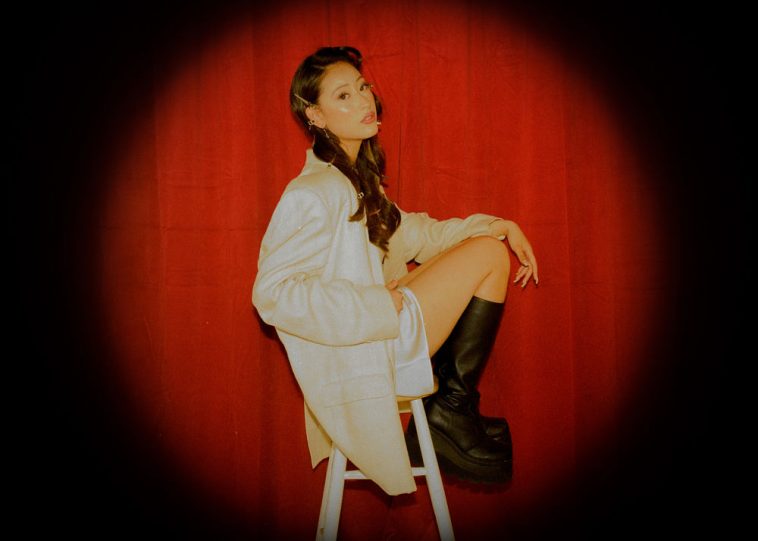 Most of Alex Porat’s life is run by my emotions. She is the type of person who is emotional and worries a lot, and whilst that can be a lot to put on someone, like a friend or even family, Alex finds that music is the one way to express how she truly feels without it being at the expense of someone else.

“It feels super surreal because before this I could only dream of having a body of work like this,” Alex tells CelebMix on the release of her new record. “It’s weird because I’ve dedicated my whole childhood to music and so now, having this out it feels like all the auditions and performances, coupled with the many rejections, were worth it because it led me here and made me the person I am today.”

So to say Alex is really proud of herself for holding onto that dream for so long, would be an understatement, as she is also very appreciative to those around her who have supported her throughout the years.

I learned that it’s never easy choosing what parts of your life to share. You’re always wondering if you’re oversharing or not sharing enough.

Alex has figured out that, for her, that aforementioned feeling is the most rewarding when she stops overthinking. Overthinking kills creativity for her and she is actually trying to think less, if that makes any sense.

Alex’s brand new record ‘Miss Sick World’ is about a girl navigating the world and overcoming obstacles, the biggest one being her emotions.

“Since the start of this project I’ve been on a journey understanding my identity and the title track, “miss sick world” represents exactly that,” Alex says. “Being mixed race and growing up in North America, I didn’t realize that some doors were closed but I kept seeking external validation.”

Alex would leave auditions crying from rejection but for some reason, she kept torturing herself.

“It’s so easy to have big dreams as a kid because you don’t realize how cruel and sick the world can be so you just end up growing up to see it for what it is and it’s shocking,” Alex continues. “The overall record is evidence of my emotions running my life and leading me to today where I feel the most in tune with who I am and how I feel.”

The creative process for this EP was a rollercoaster for Alex: The pandemic gave birth to the idea of Zoom and FaceTime sessions, so a bunch of the tracks were written over the internet. It was a strange feeling for Alex, exposing her emotions and life over video chat while being confined to your home but it’s also what led to these songs.

Alex originally started out her music career by doing YouTube covers, which are a take on someone else’s story and it didn’t feel true to who she is as a person and artist, but the journey of the covers helped Alex understand herself more for which she forever grateful.

My own material is straight from my life and it’s cool to be able to share that with the audience that has been around since the covers.

“The combination of emotion and overthinking is perfect for songwriting because I feel like I always have something to say,” Alex says about her personal experiences on the EP. “In my head, everything makes me feel some sort of way and I’m lucky to say I haven’t really experienced any type of writers’ block yet.”

Interestingly enough, there was no particular reason for the placement of songs on the EP, but the project was written during a time when Alex was experimenting with a more pop sound so it’s become a fusion of sorts. And in fact, there are a lot of songs not on the record, and the nine tracks on it are the final picks but some of the others may eventually come out.

“The ones on the record just felt the most right for the moment and I love them so much together,” Alex adds.

With this release, Alex said most of what she wanted to as an artist, and she doesn’t “have much off the record that is out for listening,” but her friend Rence did a remix of her song Happy For You which is a song off the project and he killed that. Story-wise, a second perspective on the song fits it so well – so definitely go listen to that!

“I could talk for hours but I’m so excited to pour all of it into the future releases,” Alex assures CelebMix.