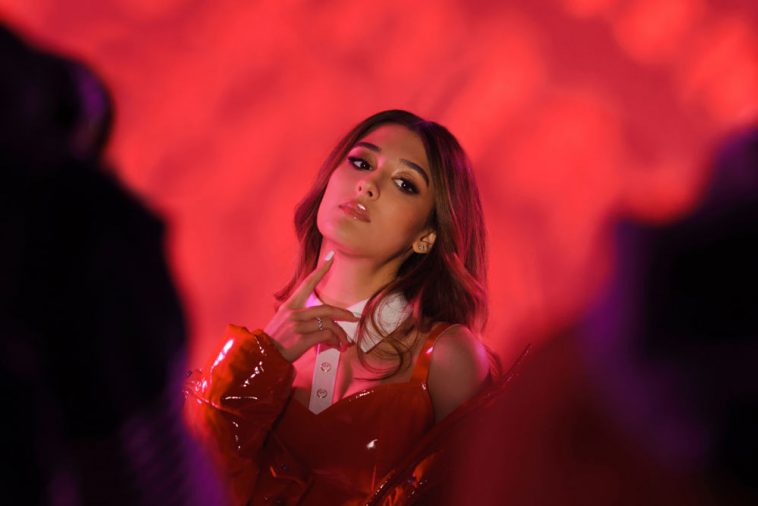 Emily Istrate is a 17 year old music artist, who loves singing, dancing, writing, and making music. She is very dedicated to music and has been singing since she was 3 years old. In fact, Emily has grown up performing on TV shows, such as The Voice, in music contests and concerts.

“My 2021 has been going pretty well so far, thank you,” Emily expresses the CelebMix. “I released my first music video, and second single, ’If You Want To’ and I am so very happy and excited about it.” Emily has been working hard on new music lately, and a new project which, she hopes she can be put out there by the end of the year.

Emily is very excited – and kind of nervous – about having her newest song out there in the big wide world. “I am very happy that people can finally hear it,” Emily assures listeners, “that I found a way to express myself with this new track, and this particular sound.”

‘If You Want To’ is Emily’s second single, and it’s a song with a very happy and fun vibe. It represents the story of a playful teen romance and it embraces the idea of spending teenage years having fun. The purpose was to create a really catchy song that gives out bright, fun vibes.

With ‘If You Want To’ I was thinking about creating a song with a positive vibe, that would bring people joy while listening to it, and I still stand by that.

“My purpose was definitely creating a song that would be stuck on replay in the listeners playlist, and I really hope we have achieved that,” Emily continues.

The creative process of ‘If You Want To’ was very interesting for Emily, albeit enjoyable. It was something completely new for Emily, though, since she had never attended such studio sessions before.

“I worked with my producer Bryan Todd, and the songwriters Vanessa Campagna and Adis Eminic in London and we honestly had such a good time,” Emily explains on the creative process. “It was hard work too, but it was all so worth it, and we a lot of fun during the creative process. Good vibes only!”

The visuals for the song represent the idea of the song very well per se. The idea behind the song was to encourage fun and being in the moment. So, Emily and her team tried to portray the beauty of this in the visuals through a teen lens, and think they did pretty well.

I hope listeners feel the positive vibes from listening to my song and to enjoy it and vibe to it.

In fact, Emily is the type of person that wants people to feel free, happy and to have as much fun as possible, because life is beautiful, and we should live every moment to the fullest.

Emily is currently working on a third single and, also, she is working on her first ever album, which might be released by the end of this year. Since the ‘If You Want To’ music video was her first ever music video, Emily and her team decided they would also post a behind the scene style ‘making of video’, so that is coming out very soon.

“First of all, I hope the pandemic ends or at least becomes less spread around the world, I am truly devastated to see all the harm that it has caused,” Emily explains on her 2021 prospects. “I also really hope to release my third single, and work hard enough to be able to release my album toward the end of the year.”

“Lastly, I really hope the audience connects with ‘If You Want To’. Wishing you all the best, and thank you for the interview,” Emily concludes in our chat.