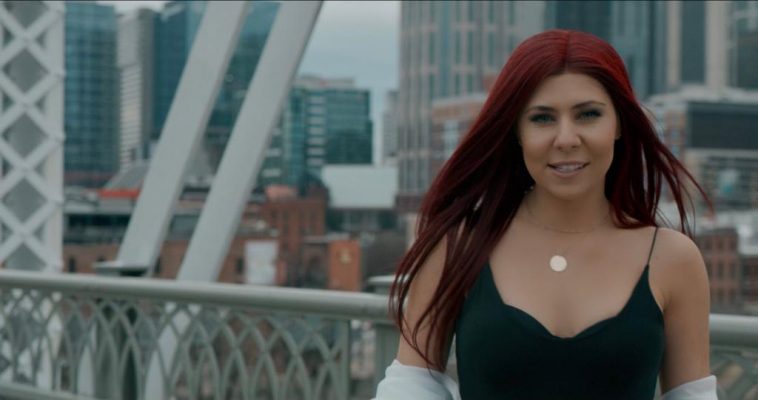 Lika Morgan is a singer, songwriter, producer and sometimes she likes to DJ.

“To be honest, there was never anything else,” Lika expresses to CelebMix on why she has chosen music as per path. “Music came naturally to me and I have studied music and classical piano since I was 6 years old.”

I believe my passion for music simply transitioned into a different style & genre, and it will always be my creative outlet.

Lika Morgan is doing well at the moment, and keeping herself and positive. Lika is privileged enough to actually have a lot of snow where she is in Nashville right now for the first time in 4 years.

“Every time a song is finished and released, there’s always this excitement attached with a bit of fear… because like any musician out there, I would love for my music to be received well by the public,” Lika tells CelebMix upon the release of her newest single.

“As I said the phrase “IQ Doesn’t Matter when you got a body like this” out loud, I felt like it could be a funny/interesting foundation for the song,” Lika explains. “I don’t like when people take themselves too seriously and I love fun songs that can cheer people up and that’s what I usually try to create.”

I wanted to write something about a subject that’s not talked about very often. A bit sarcastic, a bit funny… a bit sad, but true.

On the creative process, the words just came to Lika’s mind with the melody, then she sat at the piano and developed the chords a bit better. Later she went to the studio and recorded the vocal, then made the rest of the arrangement within the next few days. That’s usually how Lika likes to work.

“Probably a little bit,” Lika says on the personal influence of the song. “I had experienced dealing with overly confident people in the past (men and women), and their confidence was based mainly off the way they looked, and it is a bit mind blowing see how some people can manipulate certain situation and outcomes just because of the way they look.”

As previously mentioned, this is a fun song…so Lika thinks the arrangement had to be done that way to portray the sarcasm a little bit and the authenticity of the subject. With this song, Lika wants the subject to make people laugh and perhaps forget about the difficult times we are going through, and the beat to make them dance!

Lika Morgan is the type of artist who is always writing new songs and as you probably noticed, she loves music from the 80s & 90s, so sometimes you will hear from her an oldie but goldie remake with a new twist.

“I certainly hope new music, new videos, new people that discover my music and hopefully some touring when these pandemic times are over,” Lika concludes in our chat.