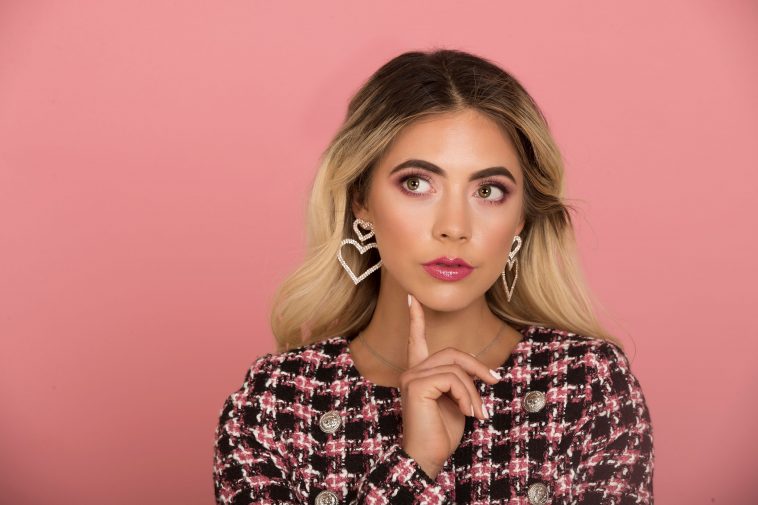 Marilyn Hucek hit the music world by storm when she released her first single earlier in the year. However, the thoughts and dreams of becoming a musician were conceived long before.

“I have been writing songs for as long as I can remember,” Marilyn tells CelebMix at the top of our interview about her newest single – but we will get to that a little bit later. “

After running away from it for so many years, it feels really good to finally give in to what feels like my destiny.” Although, Marilyn feels her life has prepared her for this musical career switch moment, and all her skills and experiences acquired through the years are coming in handy and proving worthy.

In fact, Marilyn is more creative than ever. Even though the current climate is extremely challenging, Marilyn tries her best to look at the bright side. Amongst the turmoil, there is an opportunity for change and growth for Marilyn, and that’s where she is currently at.

“During the global pandemic I was furloughed from my NYC corporate job, and then eventually laid off,” Marilyn reveals. And while that experience was shocking for her, Marilyn gained something so valuable from the experience. “My mind was set free, and all of a sudden I had time at my disposal,” Marilyn continues.

That’s when songs started flooding in for her, and she knew she had to take a leap of faith. “The noise faded and my calling was never as clear,” Marilyn adds, “I had other factors that influenced my decision, like my father contracting Covid-19 while he was at a nursing home.” Being diagnosed with early-onset Alzheimer’s for nearly 12 years, Marilyn thought she was going to lose her father at the time, which propelled her to release her debut single dedicated to him titled “Memories”.

This brings us to the release of Marilyn’s newest single, “I’m Not Sorry”, which is a song about her struggles with needlessly saying “sorry” too much. “I don’t think the problem is only mine either,” Marilyn expresses to CelebMix. “Studies have shown that women’s threshold of what constitutes an apology is much higher than men’s.”

It’s programmed in us through history to be more submissive. I consider myself a pretty strong, confident and independent woman so I was working on not carelessly saying “sorry” for everything.

Marilyn Hucek on the release of her newest single, “I’m Not Sorry”.

Marilyn’s newest song serves as a reminder to women and gender minorities that it’s your right to be at the table, to use your voice, and have an opinion. “I hope to inspire confidence and help change bad habits,” Marilyn continues in our chat.

“The song came to me in a very organic way, it just popped in my head without trying,” Marilyn reveals on the creative process of her new song. “I love it when that happens.” Even though Marilyn knew the kind of musical beat she wanted to pair with it, she also found influences that carried the same vibe to use as references!

From there, Marilyn usually sends her producer a voice memo, a Spotify playlist of inspiration songs, and a concept sheet that provides the tone, keywords, and the story and message of her song. “We met and derived an initial beat,” Marilyn continues. “From there we let the creative process run wild and let any ideas pop in our heads. Some stick and some don’t but I like it when the creative process is free and open to all ideas that come.”

On the relevance to her own life, Marilyn tells CelebMix that the song is definitely influenced by her own life and it is pretty personal. “I take creative liberties here and there. Some lyrical phrases are more specific than others and some are more general,” Marilyn says.

“The world of music is a whole other beast,” Marilyn expresses to CelebMix. “There are some similarities, and it doesn’t hurt to have fashion and social media experience, but I’m having to learn a lot, and fast!” There are of course specific nuances of each landscape which is to be expected in times like these.

The business side of music is complicated, but Marilyn is able to apply a lot of her fashion and social media experience to her music career now which has been extremely helpful for her. One thing that is the most challenging is connections, in some cases there is overlap but Marilyn is having to start at square one to build relationships in the music industry which can be time-consuming. Marilyn continues: “I’m thankful for the connections I’ve made in the fashion/social media industry that are able to carry through and serve me now as well.”

“I’ve been working on releasing a single every 5-6 weeks with an accompanying music video,” Marilyn reveals to CelebMix on what she has coming up next. The next single will be released early 2021 and Marilyn is also working on an EP which she is also super excited about.

Let us know what you make of Marilyn Hucek’s new single “I’m Not Sorry” on Twitter @CelebMix.