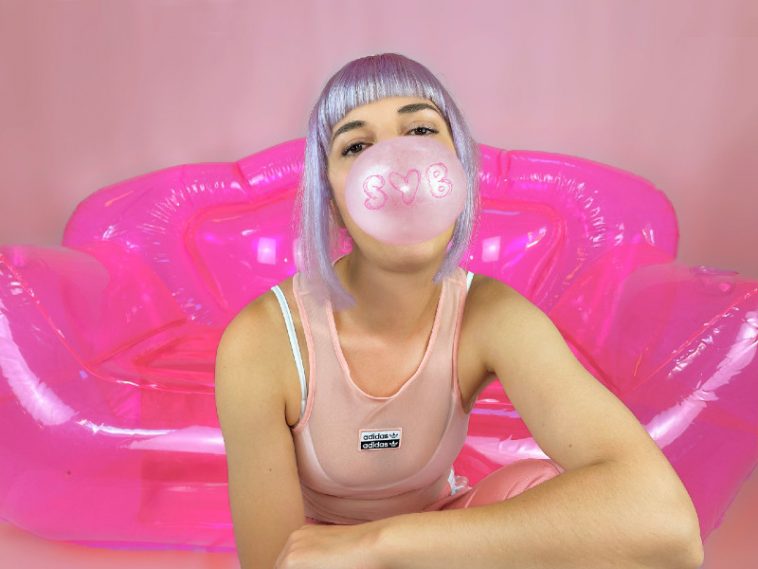 London-based pop rebel Jazz Mino releases “Sorry Ur Bored,” a track from her upcoming EP, Someone Else To Talk To.

Her previous singles such as “Crush” and “Over You” put her on the pop map. “Over You” collected more than 13 million Spotify streams.

Originally from Manchester and raised in Somerset, she later made the jump to London, where she lives and records, while also promoting diversity, equality, and self-care.

While performing on the street, she caught the attention of Apple Music’s former head of editorial, Austin Darboh. Since then, she’s been making big waves in the ocean of pop music, releasing deliciously unique music.

“Sorry Ur Bored” opens on surging guitars rolling into an infectious rhythm topped by gleaming leitmotifs as Jazz’s deluxe voice imbues the lyrics with lush, alluring timbres. Glowing harmonies give the tune depth and resonance. It’s a grand song brimming with vibrant energy.

CelebMix caught up with Jazz Mino to talk about how she got started in music, who she’s listening to right now, and her passion for Pokemon.

What inspired your new single, “Sorry Ur Bored?”

I started out busking in Bristol, which was sort of the biggest music scene near to when I lived in Somerset. Then when I was old enough, I moved to London and started busking there on the Southbank and the London Underground. It helped with my confidence and helped me really find myself as an artist too. I still busk a lot, especially around London. It’s so addictive!

I think my answer will always be Freddie Mercury. But in terms of writing and production, I was initially inspired by a lot of EDM artists like Matoma, Felix Jaehn, Hogland, etc. My music has moved in a more pop direction now, but I think you can still hear the EDM influence in it a little. Lately, I’ve also been super inspired by Lauv, LANY, and A R I Z O N A, Bülow, and Astrid S… if there’s an artist on this list you haven’t heard, get involved!

Right now, I’d say it’s writing on the train as I’ve been doing so much traveling lately. But generally, I tend to start with the lyrics and vocal melody and build the instrumentation and production around them.

I guess it’s evolved naturally over time, I just tend to gravitate to what I like and feel inspired by.

I’ve been learning guitar in lockdown and having so much fun playing along to old school songs like “All The Small Things,” and “Teenage ‘Dirtbag.”  I think you can hear their influence a little in my new single “Sorry Ur Bored.”

All artists are killing it! Haha. Being creative and expressing that is such a beautiful thing.

I’ve been listing to a lot of James Bay lately, now I’m learning guitar I feel like I appreciate him on a whole new level. The emotion in his voice and the way he plays guitar are just phenomenal.

I also love Olivia Rodrigo’s album ‘Sour,’ and some of the softer tracks from Wolf Alice’s new album ’Blue Weekend.’  I also go on about this all the time, but I think A R I Z O N A is the most underrated band ever!

Binging the Pokemon series and I feel no shame or guilt, haha.

I’m releasing a new EP at the beginning of October which I’m really excited about. I’ve just started putting the show together and designing the merch surrounding it which has been super fun! I’m also doing an EP launch party at The Water Rats in London for it on 6th October. It’s gonna be my first proper indoor gig since lockdown, I’m soo excited!

Tickets to Pre-Launch Party on October 6.