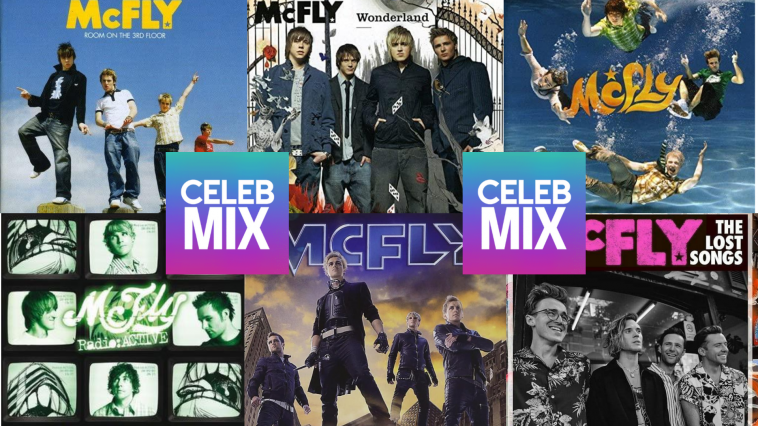 To celebrate the band’s comeback, CelebMix trawls through their history to rank every McFly track to be released. We love them all, so it’s been a tricky task! We start with numbers 85-61, be sure to check back tomorrow for the next instalment.

One of the previously unreleased tracks included on Memory Lane (The Best Of McFly), it’s a curveball sound from the group but easy to see why it hadn’t seen the light before with rough-around-the-edges production.

Sandwiched in-between ‘She Falls Asleep’ and the closing duo of ‘Nothing’ and ‘Memory Lane’ on Wonderland, ‘Don’t Know Why’ has hot competition to stand out. It’s easy and breezy, but is swallowed by better efforts on the album.

First making its appearance in 2004 on the single release of ‘Obviously’, it’s another McFly ditty rightfully overshadowed by their better efforts.

An instrumental introduction to the track’s second part, the orchestral affair is impressive but with no lyrics, doesn’t merit being much higher.

Another effort to fall into the ‘nice’ category, ‘Not Alone’ does nothing wrong but it’ll pass in the background without a murmur.

The first appearance from The Lost Songs, ‘Those Were The Days’ is a stripped back plod featuring Ximena Sariñana but there’s better to come from the band’s most recent record.

A production rollercoaster from the electronic opening to blaring guitars, ‘Do Watcha’ is a real mishmash of all McFly eras that has its moments but is undeniably erratic.

Good for a sing-a-long, as much off Room on the 3rd Floor is, ‘Hypnotised’ is that juvenile McFly sound fans love but is all too easily forgotten.

Sonically, ‘iF U C Kate’ is a real winner. Upbeat and cheeky with a punching chorus, many may consider it a guilty pleasure of a McFly track. However, Britney Spears and The Script both beat the band on this particular not-so-original play on words which, by 2010, had become a bit corny.

A real grower, there is something endearing about ‘Something About You’, but it’s a shame it doesn’t quite grab on first listen as much as others.

‘Met This Girl’ offers all the hallmarks of ‘Hypnotised’ but its infections “ba, ba, ba” sees it sit a little higher.

The storytelling sister of ‘Obviously’, ‘Josephine’ is a clapping affair we are sure will come to life live.

The Lost Songs closer, ‘Pretty Girls’ is the perfect song for an easy-going afternoon in the park, but is another that might have McFly fans wanting a little more.

Completing a back-to-back trio of The Lost Songs appearances, ‘Man On Fire’ is one of the record’s most touching moments. An open-book effort that sees lead man Danny Jones shine.

Talk about cheese… you can’t help but love ‘This Song’ and it’s dreamy pondering. However, we doubt that someone in the world is making love to this song right now, so it’ll just miss out on the top 70.

“We’re the lucky ones, this is the life,” the band sing on the ‘Lucky Ones’ which embodies the “McFly’s here forever” attitude of The Lost Songs.

68. The Guy Who Turned Her Down

A track dating all the way back to 2004, die-hard McFly fans love ‘The Guy Who Turned Her Down’ and it’s easy to see why.

Danny has never sounded so good as he does on The Lost Songs’ ‘Hyperion’, don’t you think?

Oh, ‘Party Girl’. So bad, it might just be good? Saved from appearing further down the list by its melodramatic music video, what a journey that was!

Silky production with smooth vocals from Fletcher, a McFly track to get fans swooning.

The first appearance from 2008 record radio:ACTIVE, ‘The End’ might be even better if there wasn’t an even better closing track on that album.

Above The Noise introduction whose robotic namechecking of the band members makes for a witty album opener.

Rattling lyrics and a chorus to jive to, ‘Saturday Night’ may date back to 2004 but never gets old.

One of the band’s tracks that came out this year, ‘Corner of My Mind’ harkens back to the group’s breakthrough days with aplomb.

Do you agree with our rankings? What are your favourite McFly tracks? Let us know @CelebMix on Twitter.