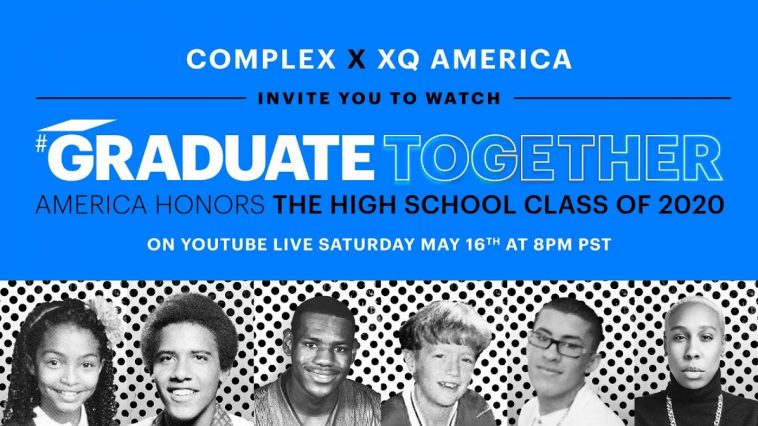 On May 16th, celebrities gathered from across the globe for an event titled “Graduate Together” to celebrate the Class of 2020. Due to the coronavirus pandemic, the seniors this year were not able to have any sort of commencement ceremony and this was just one effort to give them something special.

The livestream was held on YouTube and aired on ABC, CBS, NBC, and others. The guest list ranged from Yara Shahidi to LeBron James, and even former President Barack Obama. Selena Gomez and Malala Yousafzai joined to offer words of encouragement whilst performers included Alicia Keys, H.E.R, Dua Lipa, and others. The Platt Brothers also featured to sing a medley of songs that fit the experience of graduating.

However, the spotlight truly shined on students who were featured, from those dancing alongside Dua Lipa to the brave ones sharing their stories on camera. The livestream offered many small ways to honor the students whether it be giving them a segment to speak in or adding pictures they submitted in the background. One girl gave her story about being a first-generation college student in her family, which is a proud achievement.

Students were not the only ones honored but Timothée Chalamet spoke about the teachers impacted this year and even highlighted three of his favorites from school.

Families were also given a moment to speak, with parents sitting alongside their graduating senior honoring them.

High schools across the U.S. were featured in a rolling text allowing nearly everyone in the country to be saluted too. Along with those graduating, the livestream held an ‘In Memoriam’ section to honor those who’s lost their lives.

The whole livestream can be seen on Youtube now, posted by NBC News.

Are you a graduating senior this year or did you watch Graduate Together? Let us know what you think on Twitter @CelebMix!

I am a communications student with a focus in journalism! My dream job one day would be to work somewhere in the entertainment business and hopefully have something to do with the media! :)