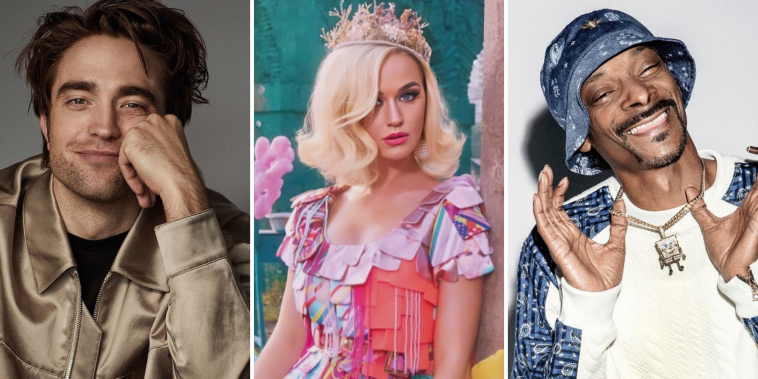 Celebrities are the people whose lives spark the interest of hundreds, thousands, and millions of other people. This fact forces them to limit their everyday activities because, for many, celebrities are the incredible example of the idol, which they follow and come after.

The question of star life review is controversial. On the one hand, people are interested in what happens to their favorite celebrities. It is easier for society to see the reflection of general trends in a person’s life or a family. Also, it is easier for people to apply someone else’s experience to themselves because it helps to take off personal responsibility in case something goes wrong.

On the other hand, such a life can be quite traumatic both for the celebrity his/herself (for example, Princess Diana, who died because of paparazzi) and for a person who tries to follow the example of an idol, because trying to conform to a certain image, a person loses himself. The question is not only that it is difficult to buy expensive clothes and maintain the entertainment the celebs like, but it is a kind of psychological trauma.

Vaping is an activity that is currently adored by teenagers, adults, and the older generation. People used to see both offline vape stores when there are many options on the Internet, for example vapingdaily – online vape shop. Today, most celebrities do not hide their friendly attitude to vaping and actively use it, which is not a surprise for anybody. We are sure that you know at least one of the stars, who uses a vape pen.

Snoop Dogg is an American songwriter, who works in the field of rap. He is also an actor, producer, screenwriter, and a vaper. It was a long time since the media have been criticizing him for vaping and drug consumption. As vape pens have become more and more popular, the rapper used to cooperate with different manufacturing brands, online vape stores, etc, and advertised them in his clips.

With time, he understood that vaping is a new income-generating business and launched Snoop Dogg’s vape pens. Snoop Dogg’s herbal vape pen is one of the trendiest models within any vape shop online. The question if Snoop Dogg vapes now are open, but he is one of the stars who adapted to the new hobby quite quickly and advantageously.

Katherine Heigl is an American fashion model and actress who started her career being a child. But for movies, she also participates in TV shows. She has been using an e-cigarette for more than five years. One of the first public coming out about cigarettes was during the interview with David Letterman when she used the e-cig on the air. The actress even forced the interviewer to try it, and he seemed to stay satisfied with it.

In the media, Katherine is referred to as “the most outspoken advocate of vaping among celebrities”. This quote probably appeared because she made a serious impact on the viewers of the show and advertised the activity better than any of the best online vape stores to do with their ‘target advertising’. Katherine is an example of the connection between popularity and trend promotion because she is a massive influencer of youth’s thoughts.

Katy Perry is an American singer and media star, who has shocked many people with her extravagant style. She is avidly for vaping and has been a vaper herself for several years already. Paparazzi have often found her vaping, and the photos could easily be found on the Internet. She never rejected her passion for this habit and did not leave such photos being published.

It is interesting that lately, she has dramatically changed her lifestyle because of the pregnancy. Nobody can predict if the star will continue vaping after her child gets older. According to the information that Katty publishes, she worries about her future baby a lot, and, we think, she might review her attitude towards secondhand vaping.

Robert Pattinson is famous for his role in Twilights. Having stared there, he has become a sex symbol, similar to the way Leonardo DiCaprio has become popular after Titanic. He is English, which makes a particular impact in his perception because of national stereotypes. Before the vape pens became similar, he was already famous for his lust to smoke. Nowadays, he is often seen at clubs vaping.

It is well-known that vaping was his way out of smoking addiction. Nowadays, paparazzi regularly capture him vaping in public places and on private occasions. At the same time, he does not publish his photos vaping in social media, which makes us conclude that the actor is conscious of the impact he might have on young people, who adore him and try to follow his lifestyle.

There are many stars, captured in vaping (Bruno Mars, Cheryl Cole, Jack Nicholson, Kate Moss, Lindsay Lohan, Paris Hilton, Ryan Seacrest, Zayn Malik, and others). Being public people causes many inconveniences for them because anyone can blame them for their negative impact on others.

On the other side, all people have the freedom to express themselves and enjoy life in the way they choose. This statement is rather general, but society indeed has no right to judge the stars for the methods they choose to relax.

To sum up, the year 2020 shows that even though a healthy lifestyle is in fashion and many of the celebrities change to gyms rather than nightclubs, the hobby of vaping is still popular and cannot be rooted out within one second.