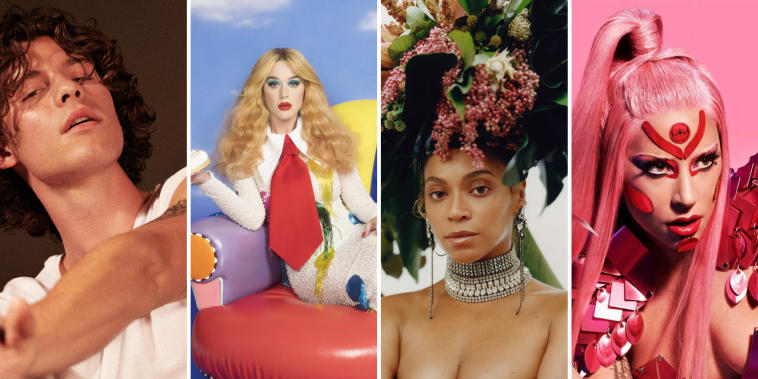 It’s pretty easy to forget that celebrities have their own lives outside of work – at the end of the day, they’re human beings, too! When they’re not spending their days on film sets, writing novels, recording music videos or performing on stage, our favourite stars have plenty to keep them busy – below, we’ve rounded up celebrities with some unusual hobbies.

Queen B is known for calling her fans Beyhives, so it’s no surprise to learn that she loves to make honey in her spare time. The Lemonade hitmaker recently revealed that she has two beehives at home, keeping around 80,000 bees. She admitted that she and her children make hundreds of jars of honey every year, and started the hobby because daughters Blue and Rumi suffer from allergies, which local honey is known to heal. We’d love a jar, Bey!

Over the years, Katy Perry has rocked virtually every hair colour under the sun, and her infamous Witness hairstyle is one of her most memorable. When she’s not at the salon, she likes to collect hair from other celebrities, admitting that her “creepy” habit keeps her busy. So far, she has the locks of Miley Cyrus and Taylor Swift in her collection, and no doubt Orlando Bloom’s, too. What we really want to know is what she’s planning to do with it all?!

We already knew that Gaga was an avid casino fan when she released her Poker Face single back in 2008, but she cemented her passion when she signed an exclusive deal with MGM Grand to host a Las Vegas Residency, called ENIGMA. When she’s not writing songs, performing on stage or acting in her latest film project, Gaga loves to spend time engaging in live casino games. If you’re playing against her, let’s hope she’s not bluffing with her muffin!

Taylor Swift makes her own snowglobes

She once sang about being as “Cold as You,” and now it seems like Taylor Swift has taken her lyrics to the next level. The singer reportedly loves to make homemade snow globes and was inspired by a Pinterest tutorial a couple of years ago. When she’s not on tour, the Folklore singer loves to use mason jars and glitter to create adorable globes. We want one!

Shawn Mendes is obsessed with his Xbox

All teenage boys love spending time in their bedrooms playing video games, right? Shawn Mendes might be one of the biggest stars in the music industry, but that doesn’t mean he’s an exception to the rule! The Wonder hitmaker admitted that he is still an Xbox fanboy, and he’ll no doubt be on the edge of his seat when the new Xbox Series X launches this month. We wonder whether he’ll enjoy Minecraft Dungeons or Mount & Blade II: Bannerlord more?

Which of these hobbies shocked you the most? Let us know and check back soon for more.