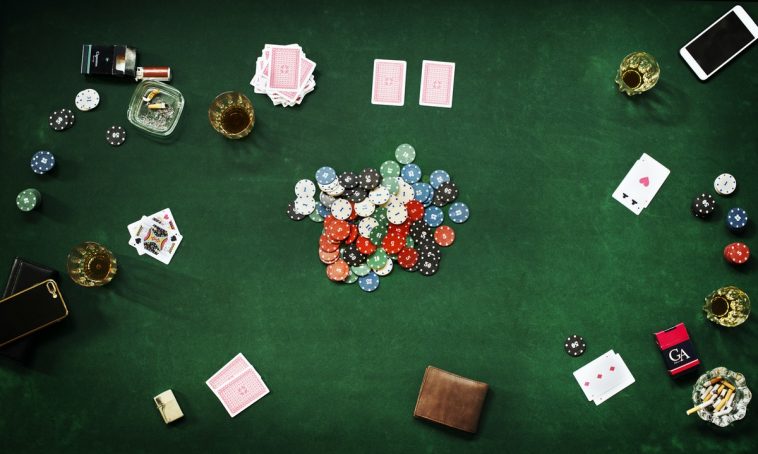 Celebrities are often in the public eye even when they are not working. We see paparazzi shots of them on the beach, walking out of their homes to go shopping or leaving a club in the early hours, which are usually online minutes after being shot. Some of these same celebrities also enjoy some of their free time in casinos, though there are celebrities you may not know as casino players.

One of the best successful and famous modern Olympians is celebrity swimmer Michael Phelps. Winner of 23 gold medals at the Olympics, including eight at the 2018 Beijing games. Since his retirement, he has been seen at several casinos, often seen in poker rooms with poker professional Jeff Gross and likely playing on the constant stream of new online casinos that have become available. Phelps has also competed and won in a few live tournaments and appears to have a real passion for the game.

First a fashion model, then a successful actor, Cameron Diaz is also a good poker player, enjoying play at local casino tables. She was introduced to the game by comedienne Ellen Degeneres and after a few rounds she started winning and by four o’clock in the morning, she had taken nearly everybody’s money, which generated a passion for the card game. She now attends casinos and tournaments regularly, placing in the top three.

Ben Affleck is keen on poker and blackjack, winning the California State Poker Championship in 2004 and once made over USD1 million during two Vegas blackjack excursions. He has also been generous with winnings, sharing USD140,000 won in another blackjack session with casino staff and others.

After suspicions of card-counting, the management of the Las Vegas Hard Rock Casino told Affleck he was no longer welcome at their blackjack tables, though has never been banned from the casino’s other non-blackjack games. The story is the same in several other casinos, all keen for his business and his presence. A keen poker player, fellow celebrity and Casino star James Woods has complimented Affleck for his “fierce” poker skills.

Brazilian soccer superstar Neymar da Silva Santos Júnior, who currently plays for French champions Paris Saint-German, has scored more goals for his country than anyone except for Pele or Ronaldo, though he is still only 28 years old. He is also a winner when it comes to playing poker, coming sixth in the No Limit Hold’em – High Rollers event at the Brazilian Series of Poker (BSOP) in Sao Paulo in 2018 and it has been suggested that Neymar aims to become a professional poker player when his football career ends.

Derren Brown is famous for being a magician/illusionist. Based in London, England, he is probably most famous for guessing the results of the UK National Lottery, correctly choosing six numbers at odds of around 14 million to 1. Before his career as a magician, he was a successful blackjack player who never lost a hand. Sadly, this led to him being banned from every British casino over a short period of time.

Successful stand-up comedian, actor and producer, Kevin Hart also has form as a good poker player, winning the Larry Flynt’s Challenge Cup at the Hustler Casino in Gardena, California in 2010 and more recently has participated in PokerStars Championship events in the Bahamas, Monte Carlo and Barcelona. Hart has most recently fronted a series of marketing videos for online and social channels promoting poker to the masses.