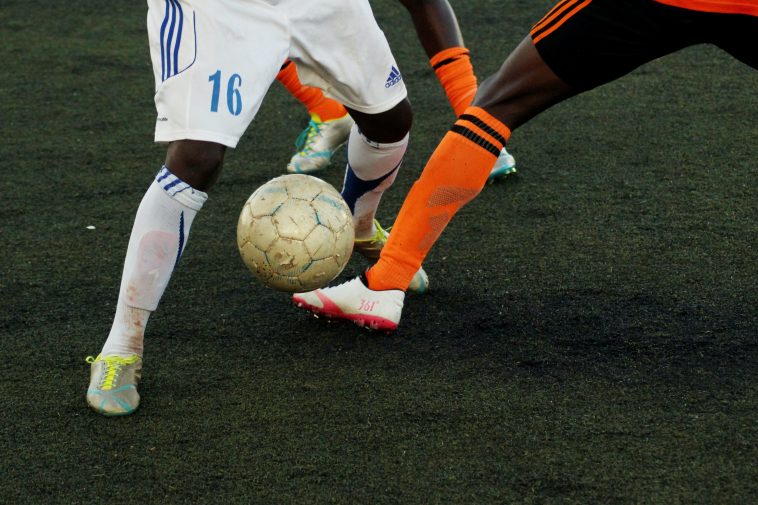 Despite football being one of the most lucrative businesses on the planet, there are some players who cemented or even increased their stardom by pursuing a career in acting after hanging up their boots. With that in mind, here are three famous football players that went on to become actors.

Vinnie Jones is arguably the only name on this list that actually increased his fame after his playing career. The former defensive midfielder got his first big break on screen with his role as Big Chris in Guy Ritchie’s Lock, Stock and Two Smoking Barrels in 1998, with the success garnered from that role earning him a call up to Ritchie’s follow-up flick Snatch in 2000, where he played Bullet-Tooth Tony. Another notable appearance includes his role as The Sphinx in a remake of Gone in 60 Seconds in 2000.

Jones’ career as a player was a lot less decorated, although he did famously win the FA Cup in 1988 with Wimbledon, a club for which he made 229 appearances. It is easy to forget that he also had spells at Leeds, Sheffield United and even Chelsea, who have suffered a slow start to the Premier League this season. As a result, they are among many pundits’ football betting tips to miss out on the top four, despite boasting a squad with a plethora of talent and experience. Graham Potter’s side are certainly missing the brute force that Jones possessed back in his heyday, as he is still considered one of the most physically uncompromising players of his generation.

? – Vinnie Jones would love to make a Snatch 2. He reckons it'd be an 'out-and-out smash'. pic.twitter.com/cO6wFufFcX

Playing at the same as Jones was Eric Cantona, who followed a similar path into acting after calling time on his playing career. The Frenchman has appeared in over 30 films since his time as a footballer came to an end and has even had experience in both directing and producing. Notable roles include English-speaking films and TV shows, such as Monsieur de Fox in 1998’s Elizabeth as well as the lead in the 2009 hit Looking for Eric.

Of course, Cantona’s career as an actor is not as celebrated as his time as a player, as he is widely regarded as one of the finest strikers of his generation. The Frenchman recorded 81 goals and 62 assists across 182 appearances for Manchester United and has a whopping four Premier League titles and two FA Cup trophies to his name, as well as an old First Division trophy in 1992 with former club Leeds United. Cantona also scored 20 goals in 45 caps for France, although never appeared at a World Cup for his national team.

A down-on-his-luck man receives inspiration from an unlikely source when football legend Eric Cantona appears in his life. Director @KenLoachSixteen displays both his social conscience and sense of humour in Looking for Eric, tonight at 1.30am and on All 4. pic.twitter.com/SCjaGsbfe9

The late, great Pelé is widely considered one of the greatest players of all time. Arguably the most important innovator of the modern game, Pelé also starred in a number of films after his playing career. He featured in the 1981 sports war film Escape to Victory as Corporal Luis Fernandez, as well as playing a cameo role in Mike Bassett: England Manager (2001). A documentary celebrating his life as a player has also received widespread acclaim.

Pelé’s career as a player needs no introduction, with the Brazilian considered among the likes of Diego Maradona, Lionel Messi and Cristiano Ronaldo as the greatest ever with a ball at his feet. The Brazilian is the most decorated World Cup player of all time with three trophies to his name in 1958, 1962 and 1970. His number of goals over the years is often disputed due to the dubious nature of the competitiveness of some games, however, he did make over 600 appearances for Santos before bringing football to the US with New York Cosmos in the twilight of his career.

"We would go out for meals in restaurants regularly as a group. Pelé would have a drop of scotch, have a sing-a-long and play the guitar. He was very approachable." @RussellOs5 speaking to me about Pelé during filming for Escape to Victory in 1981 #RIPPele https://t.co/bAHYoDdysF pic.twitter.com/kLITylEleB

As football becomes increasingly commercialised, the appearances of famous players in advertising campaigns and short clips are becoming more and more commonplace. It remains to be seen, though, whether the game’s current stars will pursue a serious career in acting like the ones above, and whether they will garner any real success off the pitch.