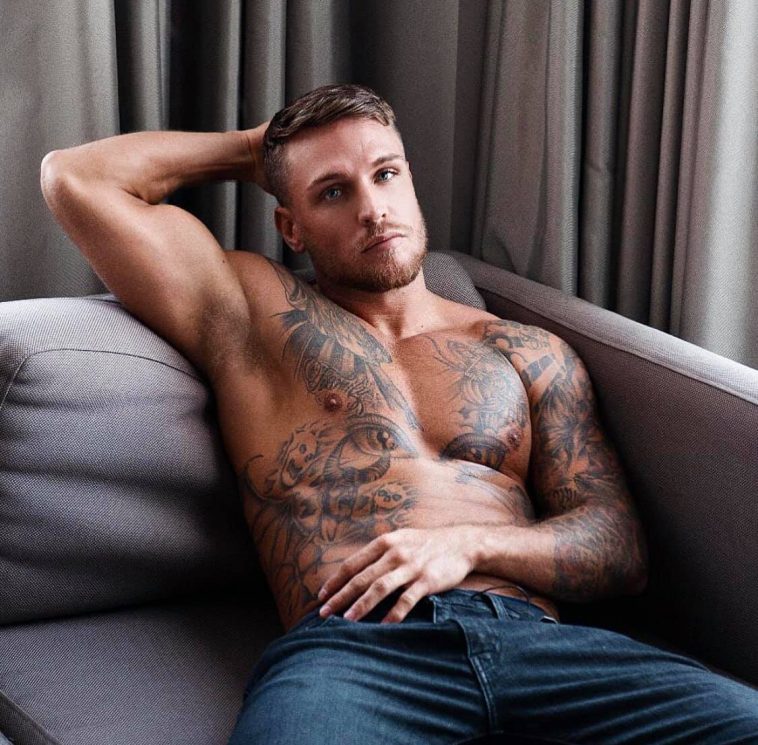 Famous for his hit records You Want Me and Darlin’, Tom Zanetti has also collaborated with Dappy and Karen Harding. His music videos have featured a whole host of famous faces including Demi Rose and Simon Webbe, and he appeared on Love Island in 2018 to give a surprise performance for the contestants. He is also rumoured to be appearing on the hugely popular dating show Celebs Go Dating in 2021.

Speaking to Jsky on his new podcast, Tom opened up about being kicked out of school at the age of 15.

“I grew on a council estate with my mum, and my brother and sister. My mum and dad split up when I was young. We didn’t have anything really.When I was 15 I got kicked out of school. I wasn’t really bad or disrespectful, I just kind of didn’t follow the rules and I used to get into fights.I feel like sometimes with creative people, we find it hard to follow the rules.I wasn’t stupid, I just had a bit of a behavioural problem.”

Life was changed forever for Tom, as he found out he was to become a father at the age of 16.

“I was kicked out of school at 15, and then I found out the girl I was seeing was pregnant when I was 16.At that point I was a bit naughty. I used to do things on the side to make money. Before I found out my son was coming I was in and out of trouble quite often. I used to do things I shouldn’t really have been doing to make money.As soon as I found out Deacon was going to be born I stopped it all and I literally worked every job. I used to work in a factory from 6 o’clock in the morning until 6 o’clock at night fixing pallets. I’ve worked as a butcher putting the pork in pies on a conveyor belt, a bricklayer, I’ve worked in call centres… I did anything I could to try and earn money legitimately to fund my son.His mum wasn’t really around to be honest. I remember when I was 17 I was on my bed at home. All my pals were out and I was waking up 5 times a night feeding my son on the end of my bed, rocking him to sleep. I used to love it. I love my son to pieces.”

Tom tragically lost his girlfriend at the age of 21, recently paying public tribute to her on his social media.

“When my son was about 18 months old I met a girl called Lizzie. Lizzie was with me for a few years until I was about 21. She really was a part of the family.Lizzie passed away when I was 21. She fell asleep at the wheel. It was really hard.When Lizzie died I was finished. I didn’t want to be here but I had my son with me. I never cried in front of my son. I was always upbeat in from of Deacon. If he left the room then I’d be really upset.Going through that was something I wouldn’t wish on my worst enemies but it kind of showed me that onwards and upwards is the only way.If you just sit in and you don’t get out of bed and you melt away then you’re not going to get anywhere. But if you think, I need to get up, I need to get going, I need to get sorted, I need to do this, I need to do that…otherwise I’m just going to die. If you keep moving, no matter what life throws at you I feel like there’s always light at the end of the tunnel. You’ve just got to keep figuring out what you’re going to do to fix it, how you’re going to get there and just do it. It sounds cliche but it really is the only way. There’s no other option.”

After overcoming so much in his own life, Tom now speaks out about his experiences to help others.

“I’ve been in the worst mental states. I’ve felt low before, like I’ve wanted to do stupid stuff. I’ve been in really bad positions, I’ve been badly depressed and literally to the point where anything could happen. But there’s no option.I’ve got a son, I’ve got people who love me. Everyone has got someone who loves them. Everyone has got a reason to crack on and keep going forward. If you just go forwards, you’re going to go upwards. But if you stay still you’re not going to go anywhere, you’re just going to go down.”

With an extensive history as a magazine editor and TV personality, Naked Beach star Jsky has interviewed everyone from Mark Ronson, to wil.i.am. He was accredited as an LGBTQ+ Pioneer of Colour by LGBT Foundation during Black History Month and was interviewed live on the world stage by The Economist Deputy Editor Tom Standage on topics of mental health, social media and body confidence during their Open Future Festival: Shaping the agenda for the 21st century. He is also the Showbiz Correspondent for BBC Radio Manchester and was a host on the hit body confidence phenomenon Channel 4 show Naked Beach.

“I started the podcast to continue a conversion. I had built a reputation for provoking thought from my outfit choices but I am more than the clothes that I wear and there was so much more I wanted to speak about.”
“We are only as powerful as the stories we tell ourselves and I wanted to empower others by interviewing people with an inspirational message.”
“A local hero who overcomes a potentially career ending injury to become a world champion boxing legend, the story of how Andy Burnham rose to become the first elect Major of Manchester…these are not only stories I wanted to gain insight in, but stories I felt should be shared.”