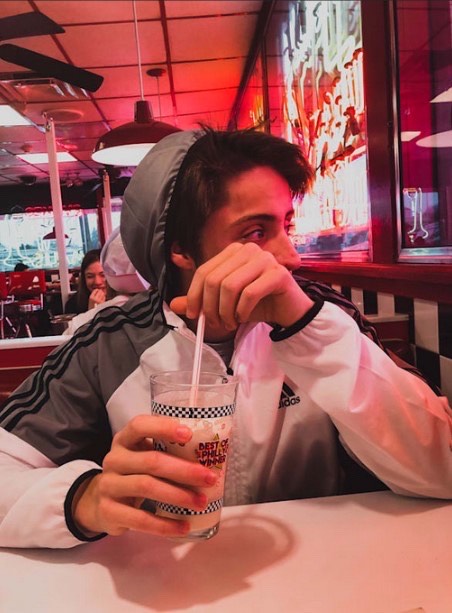 Imagine a King who is adept at creating content that viewers fall in love with and clients cannot get enough of. It is hard to imagine a King doing anything but his King-related duties. But there are also Kings who love to diversify and expand their horizons.

One such King is the King of Prussia – Chris Yangello. All of 16, this young King is known to create content that is equally loved by one and all. Currently a junior in High School, Mr. Yangello – who prefers to be called Chris – is a student at Devon Prep in Pennsylvania. He uses his eye for detail and content expertise to create content for Sony Music Entertainment’s “REDMusic” Label. According to Chris, he doesn’t like to limit his content creation to any one genre. While talking about working with different industries, he says,” I’ve conducted brand deals with multiple companies from clothing brands to record labels.” This King is truly versatile!

But being a King doesn’t mean that people will accept whatever you choose to do with an open mind. He believes that the digital industry has its own share of biases. But he doesn’t let those biases weigh him down. “I like to think a big part of my notability can be credited to my advanced skill sets in an industry that doesn’t take too kindly to young adults of my age. I have always been extremely dedicated and passionate about the content I create, whether it be for Sony or for my own personal projects.”

In the past, Chris has produced and created videos for major musicians such as 6lack, Lil Skies, Cash Cash, Lost Boy Crow, Jake Miller, Logan Henderson, LovelyTheBand, and several more. He also has experience in the field of music festivals, bolstering his career with top-named festivals such as Budweiser’s Made-in-America Music Festival, Coachella, and Rolling Loud. Talking about how he stumbled upon this career path, Chris says, “From the first time I picked up a camera and started to create, I knew that this was something that I wanted to devote my life to. The best part about doing what I do is seeing the people who watch my videos genuinely enjoy the content that I am putting out. It’s a competitive world, but I’m just happy to be doing what I love.”

Even with the cut-throat competition out there, Chris loves what he’s doing. He believes that his age says a lot about what he has managed to accomplish so far. As for the actual work itself, he likes to think that his videos are creative and exciting for viewers of all kinds to watch. Taking about what he enjoys about his profession, Chris gushes, “One thing about my job is that you never know what’s coming next. One day you’re filming the Lil Skies’ Concert, the next you’re at Cash Cash in Philadelphia, PA!”

Chris has had a remarkable journey so far and he has enjoyed every moment of it. This young King is all set to take the world by storm. Are we prepared to give him the grand welcome he rightfully deserves?