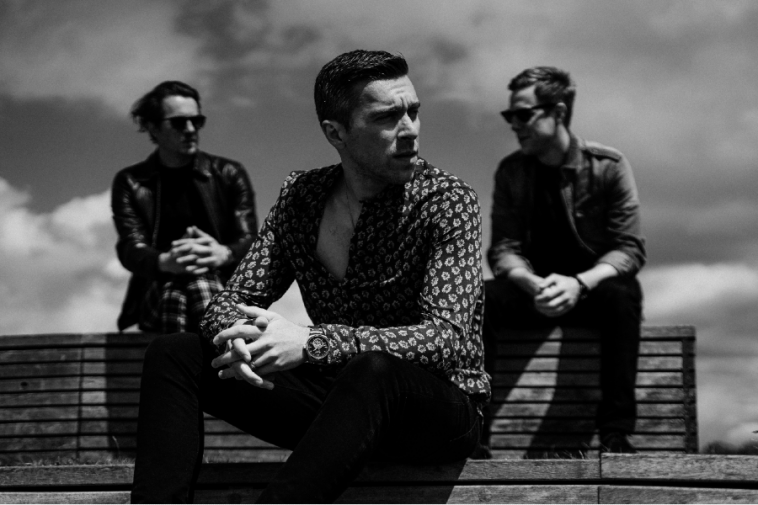 UK-based indie-rock outfit COAX drops their new single, “Champion,” a track the band describes as “a gritty, guitar-driven anthem inspired by that overpowering feeling of wanting more from life and stopping at nothing until you get it.”

Made up of Andy Muscat (guitar, vocals), Ben Kennedy (drums), and Chris Swan (bass), COAX was formed in 2016. Initially, a four-piece band, COAX streamlined into a potent trio. They have shared the stage with Foxes, Ladyhawke, and The Artful Dodger, along with headlining sold-out shows and support from BBC Introducing.

In addition, COAX was invited to play on Capital and Heart radio, and in 2017 were selected as Vodafone’s Future Breakers, while their music appeared on the official soundtrack for 2020’s Watch Dogs Legion, the best-selling video game.

“Champion” opens on chugging guitars topped by Muscat’s appealing, resonant voice. When the rhythm enters, the tune slowly escalates to a big, wall-of-sound, pulsating with heavy guitars, blatting brass, and tasty, sizeable harmonies. The ebbing and rising flow of the harmonics infuse the song with delicious surging energy.

Muscat’s voice, full of seductive urgency, imbues the lyrics with an overwhelming craving to grasp all life has to offer.

“See this champion / See his desire / And I know that nothing matters to me / No nothing really matters but this victory / See my fire / See my fire.”