In mid-2008, Misha Collins made his first appearance on Supernatural. That changed everything.

Within a couple of years, with help from the SPN Family, he founded Random Acts, which focuses on spreading kindness with one act at a time. Since then, the charity has raised thousands of dollars for those in need. A few years ago, they built a school in San Juan del Sur, Nicaragua, and created a support network for those in crisis. At nearly every Supernatural convention, they also have a booth where they take and later deliver donations to local charities.

In 2011, Misha opened up The Greatest International Scavenger Hunt the World Has Ever Seen, or GISHWHES (now GISH). It is a yearly scavenger hunt that focuses on bringing goodness into communities through fun and eccentric tasks. The small participation fee goes to different charities every year. In 2016, fifty-five thousand people registered to play. Next year, it will run from August 1st to the 8th.

A little later on, Misha started getting involved with politics. During the 2016 election, he traveled to a couple of states to encourage the young people there to vote. He has also attended many protests, and he regularly uses his social media pages to talk about and take a stand on current issues.

It is truly no surprise that in 2018, in our CelebMix Awards, he won for “Philanthropist of the Year.” During our summer round, he also earned the title of “Influencer of the Summer.”

Even though Supernatural is now moving into its final season, Misha isn’t showing any signs of slowing down. In fact, he already has a new project that is unlike anything he’s done.

In less than a month, Misha will be releasing The Adventurous Eaters Club: Mastering the Art of Family Mealtime, a cookbook that he co-wrote with his wife, Vicki. 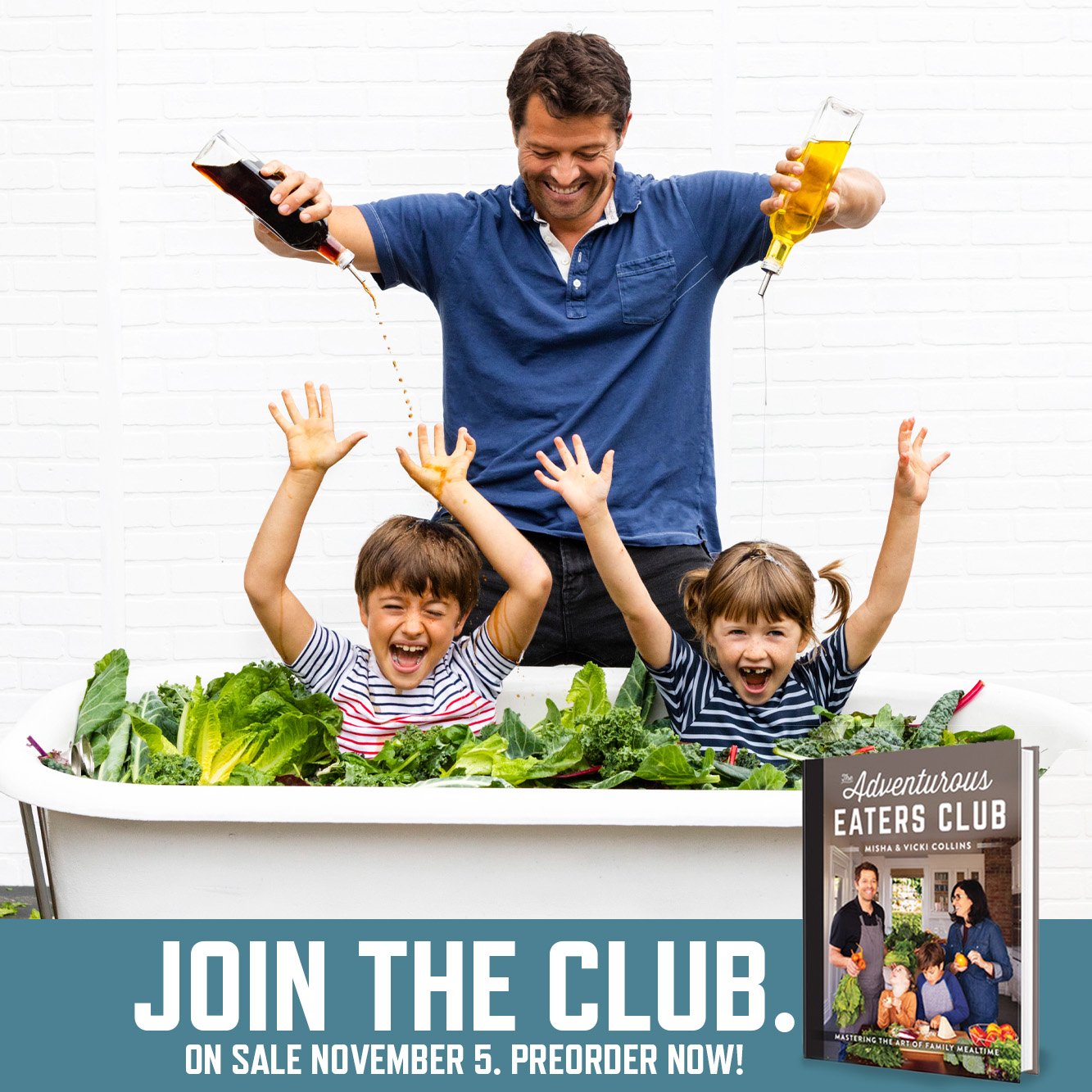 A few years ago, like many families, Misha and Vicki struggled with getting their children to eat healthy. Now, thanks to their adventure eating philosophy and the ten essential food rules within it, they don’t have to fight at the dinner table. Healthy selections like salads have become a comfort food for them.

Inside, there are over one-hundred unique and colorful recipes that encourage kids to play and explore with their meals. This includes “Salad Popsicles,” “Pink Gnocchi,” “Shitake Crispies,” and “Wishing Well Soup.” The book also holds stories, advice that actually works, and gorgeous full-color photographs.

To make the cookbook even more wonderful, 100% of the author profits will be donated to non-profit programs that help underserved children gain access to healthy food. Isn’t that such a… Misha thing to do? If you’re a Supernatural fan or a parent in need of some new ideas (or both!), The Adventurous Eaters Club definitely belongs on your shelf.

The Adventurous Eaters Club will be released on November 5th, 2019. It is currently available for pre-order through Amazon, Barnes & Noble, Books-A-Million, and Indie Bound. For more information, you can visit the book’s official site here.