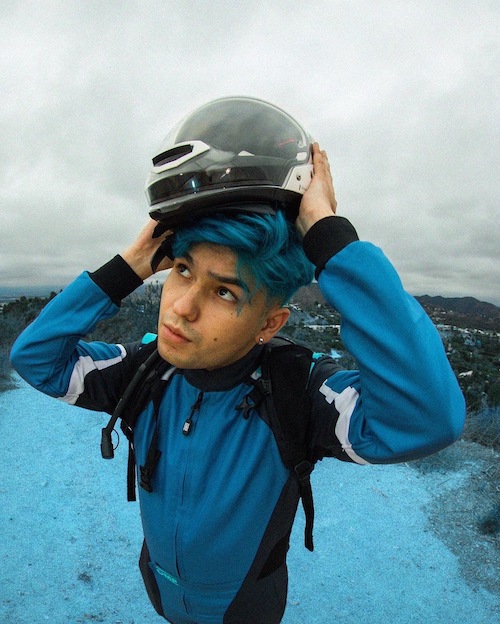 On “Touchdown,” A-Wall’s laidback, gentle style, paired with the song’s playful yet soulful energy calls to mind Mac Miller’s Swimming, as he seamlessly alternates between grooved out singing and punchy rapping. Synths bubble and fizz, supported by a clattering, smoothed out drumline.

As the press release notes, the real focus, however, is A-Wall’s lyrical journey. Indeed, the song itself has a wide range, switching between elation (“I don’t wanna touch the ground”) and darker thoughts (“I can’t kill myself”) at the drop of a hat, completely capturing what anyone who deals with anxiety and existential fear goes through mentally on a daily basis. The storm winds.

A-Wall began bubbling in Dallas’s indie music scene following the release of his initial 2018 project ‘Verano.’ The following years, he would cement his position as one of the most versatile artists in Dallas with his releases of ‘Helios’ and ‘Primavera,’ a collaboration with the hip-hop collective known as, ‘CHROMA.’

A-Wall’s current music creation is more akin to alternative hip hop/anti-pop. What sets this musician apart however is the incorporation of electrical elements into his sound which stem from his admiration for EDM. A-Wall who often records and mixes all of his work, is able to fully flesh this unique blending of sounds and in doing so creates a sound all of his own. A-Wall is currently working on his third solo project, set to release later this year.