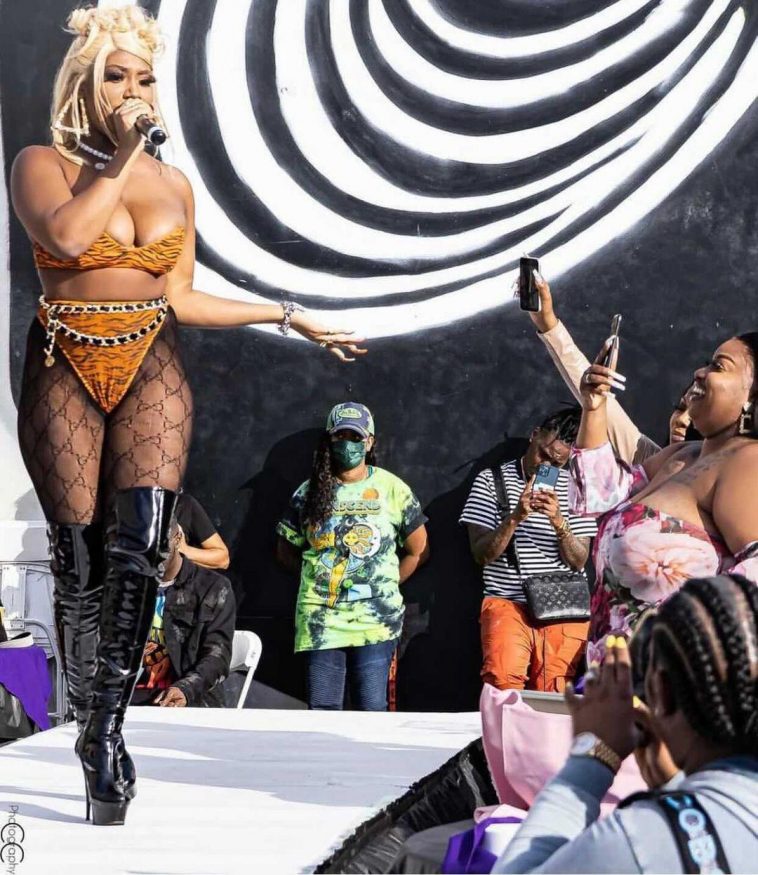 Hailing from Northern California, De Ozene comes from a musical family and has been rapping since the early 2000’s; launching her first EP in 2019. Influenced by American pop culture, De Ozene, also known as “Oz, The Hood Alien” found inspiration from a number of artists including Lil’ Kim, Parliament-Funkadelic, The Lady of Rage, Foxy Brown, Da Brat & Lisa “left eye” Lopez among others.

Working with her label D Stone Records Inc and Tokin Beats, De Ozene has been crafting her music over a number of years to perfect her unique blend of lyrics and visual style. For music isn’t just about the lyrics, it’s also a way of life. With her powerful alter ego shining bright, and exuding a compelling confidence, audiences have been impressed by her talent.

Fans got a taste of the singer/songwriter’s brilliance in her recent music video for hit single “No Love” that brought us into an intimate setting as she relaxes at home. And her latest video “Put You On ft Lovegang Jay” demonstrates a newly polished look that takes her game to the next level. With a slick behind-the-scenes photoshoot montage, Oz is showing listeners she’s not afraid to be bold.

Inspiring her fans to be at their best, she’s released several popular tracks including “Bussdown,” “She Can’t” and “Punani” among others.

The artist is also preparing to release upcoming track “Lemonade” which will be available across all digital streaming platforms including Apple Music later this year.

It’s just the beginning for Oz as she gains momentum internationally. From California to New York, and the U.K., the artist has been compared to the likes of Cardi B, and is about the reveal her biggest track yet.

Discover more about De Ozene’s latest music and be sure to follow her on Instagram. Have you checked out her latest music on Spotify?