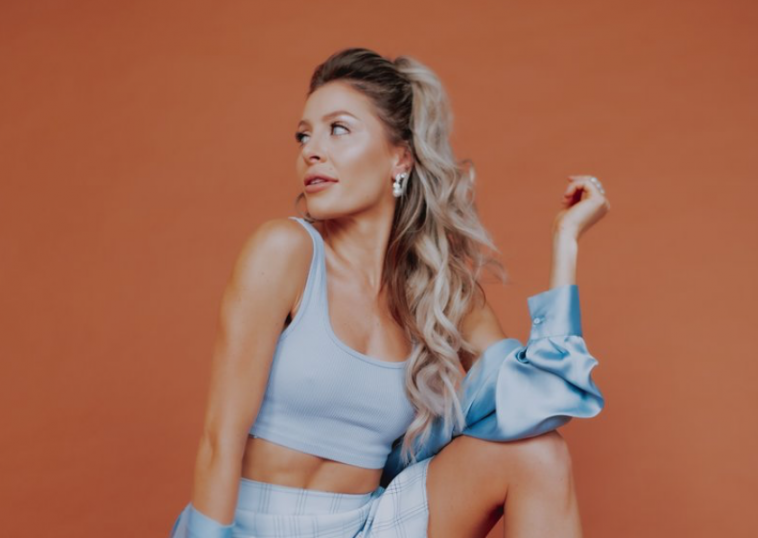 Platinum-selling singer-songwriter, Delaney Jane, recently released her highly-anticipated debut EP, Somewhere Else. This brand new project consists of six tracks; each one connects to the struggle and journey of finding yourself. After collaborating with major names in the music industry, including Tiesto and Adventure Club, Jane has earned millions of streams and a ton of attention from listeners worldwide. Currently, she is one of the most recognized voices within the pop/dance genre. In an exclusive interview with CelebMix, Delaney Jane opens up about her new EP, dream collaborations and more.

What can you tell us about your new EP, Somewhere Else, which was recently released?

Somewhere Else is a collection of fun, upbeat and emotional songs that are, in true Delaney Jane fashion, inspired by real stories from my life.

How does this release differ from the music you have released in the past?

I released my first album titled Dirty Pretty Things in 2019 which was basically the story of my life thus far encapsulated into 13 raw, real songs. The subject matter was pretty heavy and intense, so for this EP, I wanted to do something different sonically and give people a body of work that felt a little more lively and upbeat while still maintaining my truths and emotional side.

Who or what has influenced your sound recently?

For this body of work I was heavily influenced by The 1975, Tove Lo, Sigrid, and pretty much all of Max Martin’s production. I wanted to really pull from an 80’s synth wave vibe while still making it unique and my own.

You have collaborated with some amazing artists such as Tiesto! Who else would you like to collaborate with in the future?

Aside from my EP and from a purely passionate musical standpoint, I would love to one day collaborate with Skrillex, Trent Reznor and Odesza.

How has COVID-19 and quarantine influenced the way you wrote or created music this year?

Thank god for technology. It’s been all about zoom sessions! It’s definitely a much different writing/creating process (I still prefer in-person sessions), but for the safety of everyone, I think it’s pretty rad that we can all be in different parts of the world and somehow manage to still make music. I’m lucky that I had such an amazing mentor, Shaun Frank, who taught me how to record and edit my own vocals, so that alone has given me the freedom to continue recording vocals independently.

Upon releasing this EP, my fans will get to hear 2 brand new records which I’m really excited about, one of those being a duet! And beyond that, I already have a bunch of songs written for my 2021 album. COVID-19 has been tragic in so many ways, but I think as humans we need to always be searching for the silver lining, and for me that meant getting a chance to really dig into where I wanted to venture sonically for the coming year. I’m really looking forward to sharing a brand new sound along with new stories [that] I really think my fans will vibe and connect with.

Listen to Somewhere Else here.