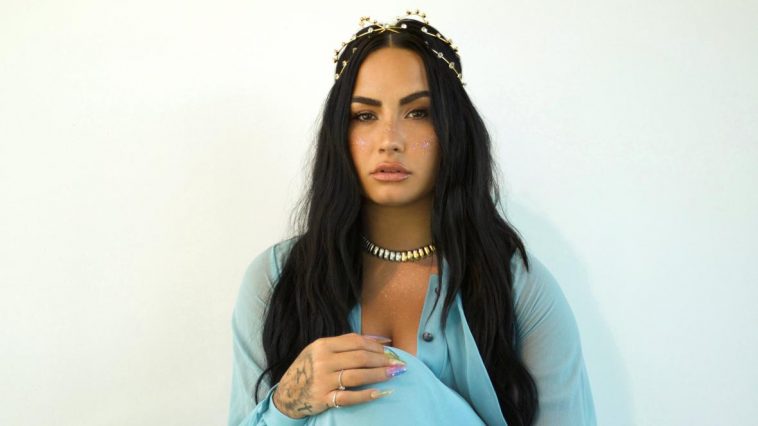 Global superstar Demi Lovato has released her highly anticipated seventh studio album Dancing with the Devil…The Art of Starting Over.

The 19-track record is Demi’s most raw and honest body of work today and heavily reflects on events in her life over the past few years including her near-fatal overdose in 2018, eating disorders, addiction, and relationships. It features three previously released singles: ‘Anyone’,  ‘What Other People Say’ featuring Sam Fischer, and ‘Dancing With The Devil’.

Separated into a three-song prelude before venturing into ‘The Art of Starting Over’, the album is an unofficial soundtrack to the artist’s YouTube documentary series Demi Lovato: Dancing With The Devil. Best listened to track-by-track, the album is a cohesive offering which documents her struggles as well as her journey to healing.

Title track ‘Dancing With The Devil’ remains one of the album’s most poignant tracks, offering a brutal look at the night which almost ended the singer’s life. Alongside the album, Demi also released a harrowing visual for the track on Friday which sees her re-enacting one of the darkest moments of her life.

The following video contains content depicting addiction, drug use, trauma, and sexual abuse which may be triggering for some.

Other highlights from the album include the emotional ‘ICU (Madison’s Lullabye)’. Described by Demi as one of the hardest songs to write, the track is dedicated to her sister Madison, who she was unable to see after waking up from her overdose as it had left her temporarily blind.

Moving into ‘The Art of Starting Over’, tracks including ‘Melon Cake’ and ’15 Minutes’ see Demi sticking two fingers up at those who have wronged her, including former management who were too controlling and an ex who entered into a relationship with Demi for all the wrong reasons.

‘The Kind of Lover I Am’ sees Demi embrace her fluid sexuality, stating “Doesn’t matter, you’re a woman or a man / That’s the kind of lover I am”, whilst ‘California Sober’ is an uplifting ballad which explains where she stands now in terms of her sobriety.

The album also includes three female collaborations: ‘Easy’ with Noah Cyrus, ‘My Girlfriends are My Boyfriend’ featuring Saweetie and ‘Met Him Last Night’ with her label mate and good friend ‘Ariana Grande’.

Dancing With the Devil …The Art of Starting Over is available to download and stream now.