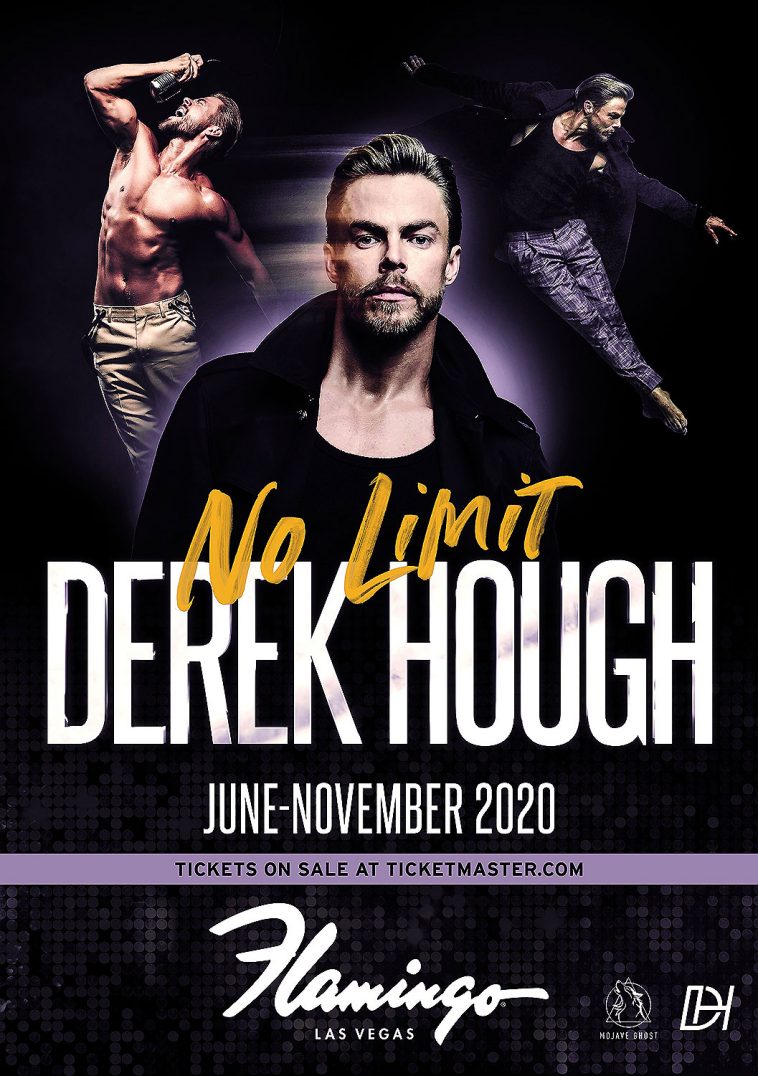 Derek Hough (“World of Dance”) announced that he will have a residency in Las Vegas starting this June.

Last year, Hough danced his way through his first-ever solo tour and will now get to showcase that talent in Vegas.

Derek Hough: No Limits will kick-off on June 2nd and conclude on November 7th at the Flamingo Las Vegas. The dance-centric show will run five days a week. It will incorporate all-new production elements designed for the venue and Derek’s magnetic stage presence.

Through a fusion of music and dance, Hough will explore styles from ballroom, salsa, and tap, to hip-hop, contemporary, and everything in between.

The new show will take place in the same venue as Donnie and Marie Osmond’s long-running residency.

Hough is never afraid to get close to the audience. In an interview with People, he told them that he will jump on audience members’ tables and really bring it.

Tickets go on sale Friday, February 7th, at 10 am pst on Ticketmaster. To find out more, head over to Hough’s website. Caesars Rewards members, Caesars Entertainment’s loyalty program, as well as Ticketmaster customers will have access to a pre-sale on Thursday. The show premieres on June 2.

Are you excited for the new show? Will you be attending? Let us know on Twitter at @CelebMix.