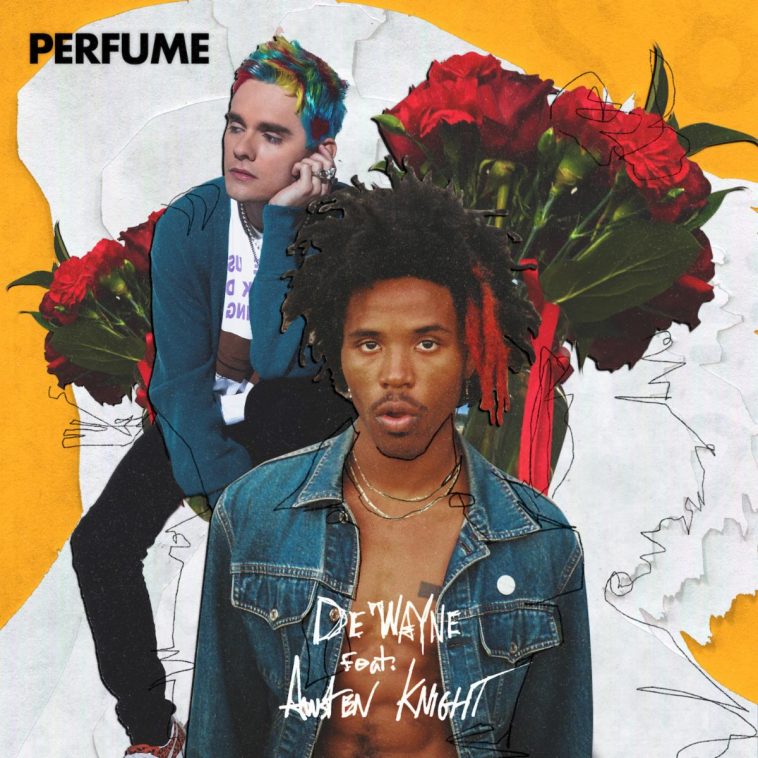 Alternative singer/rapper DE’WAYNE has teamed up with Waterparks‘ lead vocalist, Awsten Knight, for his new single “Perfume”! “I never ever write love songs but this is one, and it’s about my high school lady. You ever love someone so much you hate them? This is my ode to her and if she hears it, I honestly hope she sings along,” shares DE’WAYNE on the track. “Even though falling in love can be the total opposite of beautiful, if you start to fall for someone go super hard!”

Although DE’WAYNE and Awsten have been friends for a few years and even toured together, “Perfume”is the first time that they officially released a song together! “It was a dream come true,” says DE’WAYNE. “I send Awsten everything I work on and this was the song that he felt was gonna go crazy! So I asked him to jump on it and I got a verse back a week later!”

We literally can’t get enough of this friendship and collab.

You can stream “Perfume” here: http://smarturl.it/DEWAYNEPERFUME

Watch the music video for “Perfume” below: