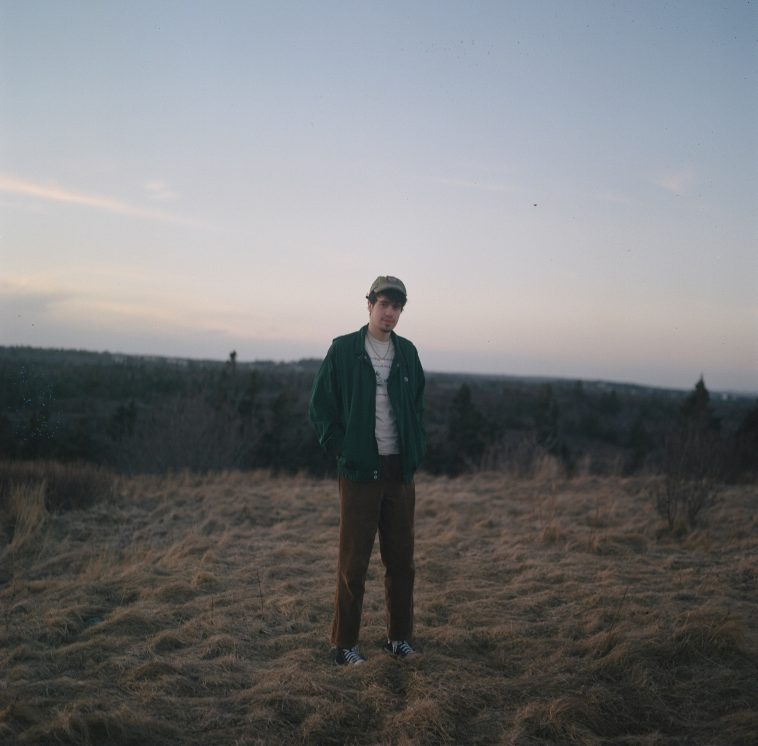 Last month saw Alan Hill release his sophomore album, titled Oxford, which contains nine intrinsic and rhythmic tracks that contrast beautifully with one another. Showing his mundane view of the world through a different lens – hence the artwork of the album – Alan Hill impresses overall with this LP. It follows up his collaboration with Gareth Black on the single “Vankleek Hill Demo” which is taken from this album.

Alan Hill, real name Matteo Gueli, is a photographer-turned-singer mixing these two incredible arts together under this solo project. He turned to music when the pandemic hit as he was finding it difficult to find escapism in a lockdown world where the escapism he found in photography ceased to exist. August 2021 saw him drop his self-titled debut album. Using this momentum under a new artform, he found a new job and apartment and moved to a city 12 hours away from the farm he was working on, to find the inspiration for his sophomore album, Oxford, which he dropped at the beginning of June. We’re interested in what he will do next, that’s for sure.

Folk music at its best, Alan Hill sure knows how to make nine defining tracks, making a visionary statement with each of them. Soft and tranquil, yet intimate and full of uncertainty, Oxford is an artful masterpiece. The soft banjo strings paired with warm synths and fingerpicked guitar chords all simply work together, creating an incredible listening sound, and then you add that with his pastel vocals that are full of emotion, and that is what makes this true art. Stand-out tracks include “Angell Woods” which has a tender production, title track “Oxford” which is full of emotion that mellifluously ebbs and flows with the gently honeyed rhythm whilst the lyrics explain the acceptance of unrelenting change, and “This Time of Year” which has a Green Day acoustic feel to it with the guitar strings in the backing track and Alan Hill’s emotional vocals spreading warmth to his listeners. Also, special mention to his latest single from this album “Vankleek Hill Demo” which was a collaboration with Gareth Black, as it was recorded within one take on a sweltering summer night amongst the woods, giving us this outdoors acoustic summer night air that you won’t hear anywhere else.

Talking about the album, Alan Hill said: “’Oxford’ delicately documents the process of starting over and coming to terms with solitude, guilt, and inevitable change in real-time. Impermanence is a common theme. Empty stretches of highway, late night phone calls, decaying suburbs, violence, tender conversations and flora and fauna are all intertwined to create an intimate yet isolating universe.”

Oxford, the album, by Alan Hill is available to download and stream right now on all major platforms.

Let us know what you make of “Oxford” by Alan Hill on Twitter @CelebMix.