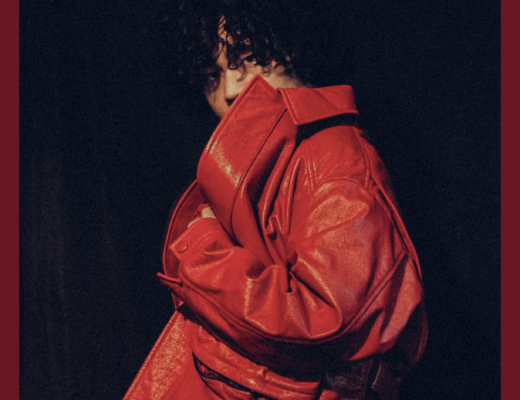 Indie tracks are really making their way into mainstream pop and Castle KYD continues to prove why he deserves to be popular with his awesome new release “Melatonin”. The song hits out at toxic positivity which is not good for any of us, that’s for sure. You never should have to apologise for taking some time for yourself, we all need it now and again. This single release follows up Castle KYD’s single “Mess You Left Behind”.

Castle KYD is a conceptual alter-ego created by an Idaho singer-songwriter named Ian Caloobanan who learnt that even though he put walls up he can still talk behind them, these walls form the basis of the castle, and the KYD (pronounced kid) is the person behind all these castle walls, the one who has all this stuff to say. He has been releasing music under this name since 2021 It’s such a deep concept and extremely indie in a brilliant and clever way. It’s not surprising that he is so conceptual as he is also a photographer. His music has been touching the hearts of many people and the tens of thousands of streams his songs have garnered on Spotify showcases just that.

The song has been written by Ian Mesia Caloobanan and recorded in his home studio in Idaho, while Gabriel Firmin finished off the track, in London, polishing it and artfully adding sweet tones and harmonies – making this a transatlantic created track. Castle KYD’s pure passion for music is undeniable in every song he releases, with some amazingly emotional lyrics that certainly drive the songs home. “Melatonin” has an anthemic pulse and melody running throughout with Castle KYD’s vocals sounding clean and meaningful as he delves into his own self-esteem and how toxic positivity can seriously affect him and make things worse. Indie guitars accompany these raw but impactful vocals which really showcase the fragility behind the meaning of the lyrics.

Talking about the track, Castle KYD said: “The concept came from the same feeling you get when you are about to do something of your own volition. Then a well-meaning person strips the motivation with their insistence that you should carry out that very same action.”

He went on to say, “It could be as little as telling you to do the dishes or as dramatic as the expectation of a complete mental health recovery on a whim. The main message is that it doesn’t help when people give you a due date for recovery. Most of my growth happened when I just let the hurt flow and let time do its healing. I chose ‘Melatonin’ for the title and overarching metaphor because it’s much like when you take melatonin pills. For me, I don’t want to move until it’s out of my system after I wake up. I usually wait, but it doesn’t help when I feel rushed; that’s the concept for the song.”

“Melatonin” is available to download and stream right now on all platforms.

Let us know what you make of “Melatonin” by Castle KYD on Twitter @CelebMix.